Sign in
Welcome! Log into your account
Forgot your password? Get help
Password recovery
Recover your password
A password will be e-mailed to you.
Life Of Arabs A complete guide for those who are living in Middle East or planning to come soon.
Advertisement
Home Saudi Arabia General Information 5 Saudis Jailed for 25 Years for following a fake Imam Mahdi 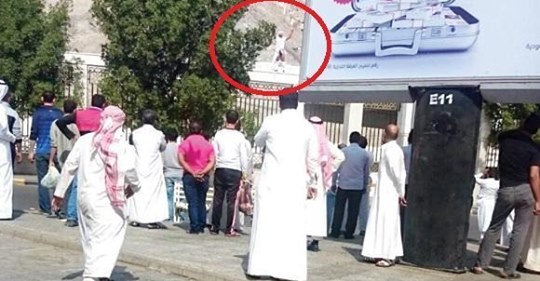 A man in Kuwait claimed to be Imam Mahdi and among his followers, there were 5 Saudis who believed in him and started preaching his false teachings.

The Riyadh court has sentenced 5 men a jail term of 25 years for traveling to Kuwait to meet the false Mahdi so that they could spread false teachings in the Kingdom.

The court made this fact prominent that all the defendants made personal contact with the false Mahdi in Kuwait and helped flourish are believes.

They not only helped him financially, administered his website, communicated with him through e-mail, distributed his books, and wrote supportive articles on social media but also openly asked people to follow his school of thoughts.

The court informed that these defendants considered the Kingdom, its government, and its people to be infidels and claimed that anyone who did not believe in their alleged Mahdi was not a Muslim.