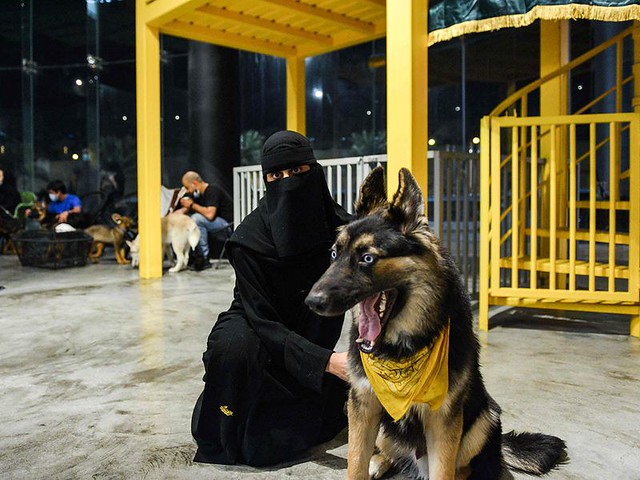 Saudi Arabia has now opened its very first Dog café in the Kingdom. Dog owners in Saudi Arabia can now enjoy a cup of coffee with their beloved pet dog at this new café.

The craze for keeping dogs as a pet is also increasing in Saudi Arabia but the main problem is the availability of very few places to take the pet for roaming.

The Barking Lot that was opened in June in the coastal city of al Khobar has now allowed the dog lovers to take their pets along them.

Trending Now  Expats with less than a year of service can change employment.

The Barking Lot’s Kuwait owner Dalal Ahmad said, her mind clicked on the idea of opening a dog café in the Kingdom during her last visit to Saudi Arabia.

At this point, Dalal Ahmad felt sad for her pet and made up her mind to open a dog café where the people with the dogs can enjoy having coffee without any fear.

The Barking Lot is a coffee shop for all those who own a dog and also for those who do not have any dog.

Trending Now  How can I print an Absher exit/re-entry visa?

Inside the Dog café

Inside the café, the dogs are allowed to roam freely while their owners were having a cup of coffee. Some pets were playing around while some were sitting on the lap of their owners waiting to order their drink.

The most amazing thing in the café was there was a separate section for the dogs where they are treated and grooming services is provided to them.

The dogs were washed and dried to groom their looks.  The people who visited the café described their beautiful experience and truly loved the animal-friendly place.

LifeOfArabs - September 25, 2022 0
You may verify and print an exit re-entry visa for your family using Absher Account and yourself via the Jawazat website (explained below). Here's...