Sign in
Welcome! Log into your account
Forgot your password? Get help
Password recovery
Recover your password
A password will be e-mailed to you.
Life Of Arabs A complete guide for those who are living in Middle East or planning to come soon.
Advertisement
Home Saudi Arabia General Information No more separate final exit visa required for the Saudi expat family 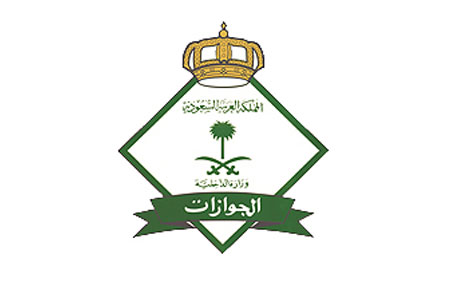 Living in Saudi Arabia is a complete tough task for someone who is not a local citizen of the kingdom. You need to have different permits, visit many offices and departments, get your work done through foreign affairs in a long lengthy process. Not only this but also get yourself stuck with a Kafeel/ Sponsor to get your job done.

Life of an Saudi expat is certainly not accessible in Saudi Arabia. But with Saudi Vision 2030 in mind, the government has started to think about flexibility in their rules and regulations to make Saudi Arabia an ideal country to visit and live for. New Saudi visas have been approved, the conservative image is being shed daily with new implementations and much more on the list.

We have given breakthroughs about the various festivals and new working plans for expatriates in the country in our previous articles. 2020 is undoubtedly the year for Saudi Arabia with the significant decision announced within the first quarter of the very first month of the year. What is the new big thing that has eased the life of expatriates? Read the article and get to know about it.

No need to have different final exit visas

To enter the kingdom, you need a permit, whether it is a working, student, Saudi tourist or Saudi family dependent visa. Likewise, you need to have a Saudi final exit visa to leave the country permanently. With severe blows on expatriates in recent time with excluding Saudi expats from major working domains, the need for having final exit visa is in demand.

People have different questions while getting the final exit visa. A similar questioned was asked by a Saudi expat who not only cleared his issue but helped others in knowing about the critical question of final exit visa.

What did the Saudi Jawazat reply to the Saudi expat question?

A Saudi expat asked the Saudi Jawazat on Twitter about his confusion regarding the final exit visa. He inquired,

If the head of the family had obtained a Saudi final exit visa, should it have family, parents, father-in-law, mother-in-law and family staff on his visa. Will it be enough or not?

To clarify the confusion of the Saudi expat and many other people having similar thoughts, the Passport department or Saudi Jawazat using their twitter account made an official account saying,

All the members of the family would be responsible for the final exit visa issued by the head. It is not necessary to have a final exit for everyone separately.

Can the Saudi visit visa be extended if a person is not in the country?

In a similar inquiry by the Saudi expat regarding the extension of the Saudi visit visa where they asked,

If the head of the family was in Saudi Arabia and any of his family members were abroad or his parents or mother-in-law or family, if one of the staff is out of the state, can the conditions be extended?

To which the Passport Department or Saudi Jawazat told, that,

In such a case, there may be renewed. This has been made clear many times before.

It is good to see that the Saudi Jawazat is actively replying to inquires of the Saudi expats and helping them out. Such active response shows the concern and professional attitude of the government. Let see how these new rules will show their aftermaths in the long term. Till then, please share the news with your friends and let us know what you think about it in the comment section below.