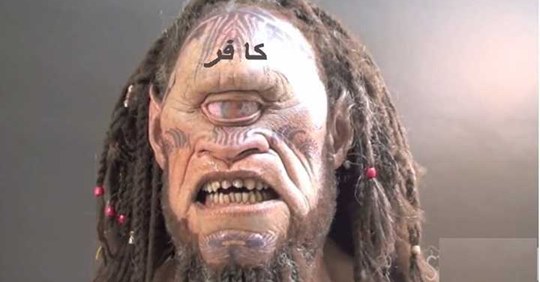 There are many facts about Dajjal stated in the Islamic scripture such as he will be blind with one eye, 70,000 Jews will be following him but he wouldn’t be able to enter the city of Saudi Arabia called Madina.

Every prophet who came to this world warned his nation about the Day of Judgment and the false Messiah that would come to the world to misguide the guided.

A fact which is well-known to the people of Saudi Arabia about Dajjal is that he will be blind with one eye.

Ibn Umar reported that Allah’s Messenger (ﷺ) made mention of Dajjal in the presence of the people and said Allah is not one-eyed and behold that he is blind of the right eye and his eye would be like a floating grape. – Sahih Muslim 169 e

Prophet Muhammad S.A.W stated another fact about Dajjal that a word KAFIR would be written between his eyebrows and forehead and a believer of Allah would clearly see that word and recognize him.

Anas b. Malik reported that Allah’s Messenger (ﷺ) said: There would be written three letters k. f. r., i. e. Kafir, between the eyes of the Dajjal. Sahih Muslim 2933 b

Abu Bakr Siddiq R.A narrated a fact about Dajjal and said: “The Messenger of Allah (ﷺ) told us: ‘He will emerge in a land in the east called Khorasan, and will be followed by people with faces like hammered shields.’” – Sunan Ibn Majah 4072

It is mentioned in Hadiths that Dajjal would not be allowed to enter Makkah and Madina. He will try to enter but will have to stay outside Madina in the salty barren areas.

Prophet Muhammad S.A.W explained another fact about Dajjal that he will be having powers to kill someone and make him alive again.

Allah’s Messenger (ﷺ) told us about Dajjal that “on that day the best man or one of the best men will come up to him and say, ‘I testify that you are the same Dajjal whose description was given to us by Allah’s Messenger (ﷺ) .’ He will say to the people, ‘If I kill this man and bring him back to life again, will you doubt my claim?’ They will say, ‘No.’

Then Dajjal will kill that man and bring him back to life. That man will say, ‘Now I know your reality better than before.’ Ad-Dajjal will say, ‘I want to kill him, but I cannot.’ ” – Sahih al-Bukhari 1882

Prophet Muhammad S.A.W used to seek refuge from the trial of Dajjal.

Abu Darda’ reported Allah’s Apostle (ﷺ) as saying: If anyone learns by heart the first ten verses of the Surah Al Kahf, he will be protected from the Dajjal. – Sahih Muslim 809 a

All the prophets of Allah warned their people about the Fitnah of Dajjal (Antichrist). It is said that there are around 124,000 prophets in the world. – Sahih al-Bukhari 3337

Prophet Muhammad (ﷺ) said: The people would run away from the Dajjal seeking shelter in the mountains. She said: Where would be the Arabs then on that day? He said: They would be small in number. – Sahih Muslim 2945 a