Sign in
Welcome! Log into your account
Forgot your password? Get help
Password recovery
Recover your password
A password will be e-mailed to you.
Life Of Arabs A complete guide for those who are living in Middle East or planning to come soon.
Advertisement
Home Saudi Arabia General Information Saudi Airlines pilots prepare for the big air show on the National... 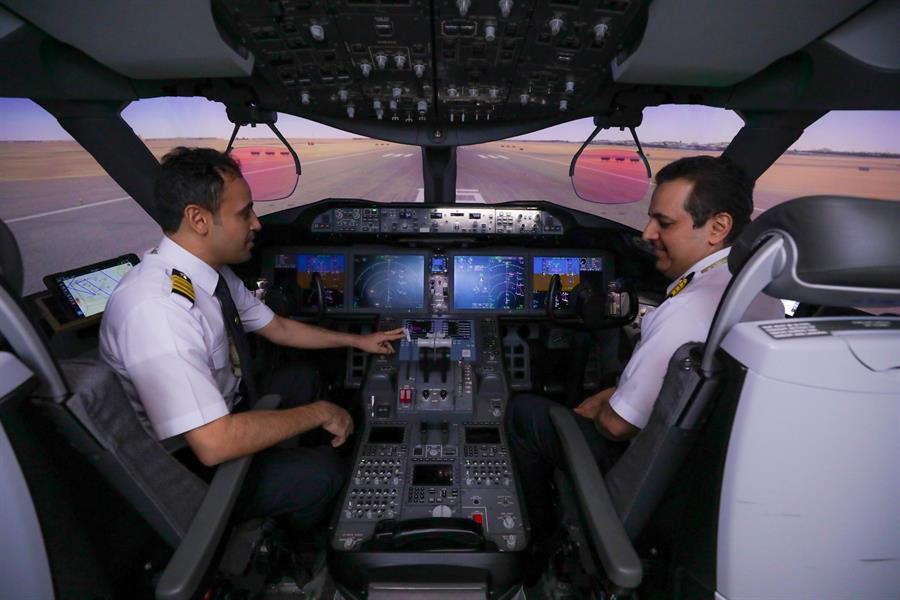 Saudi pilots are continuing their preparations for the grand air show, to be held under the auspices of the General Entertainment Authority, in the Kingdom’s 90th National Day celebrations.  Saudi Airlines released pictures showing the training and operational preparations for its pilots for the majestic ceremony that will be held next Wednesday.

It is noteworthy that the Entertainment Authority announced that the concert will be attended by various sectors of civil and military aviation, and that it will broadcast the fourth on Wednesday afternoon on Saudi TV.  The “Helicopter Company”, which is the first operator of commercial helicopters in the Kingdom, will participate in the shows, which promised to present a surprise air show as part of the “Himma 90” offers.