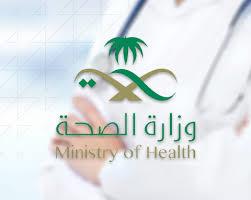 The Undersecretary of the Ministry of Health for Human Resources, Abdul Rahman Al-Aiban, issued a circular to the directors of health affairs in all regions and governorates and the executive heads of health clusters, not to renew contracts for non-Saudis over ten years except for distinguished competencies, in accordance with the powers granted to them by the Minister of Health.  Al-Aiban explained that the circular came according to what was stipulated in Cabinet Resolution No. (74) dated 4/4/1419 AH, which includes specifying the period of the non-Saudi contractor in the state apparatus, for a period not exceeding 10 years, and in the event that distinguished competencies exist Consultation between the relevant minister and the (former) head of the General Bureau of Civil Service

He referred to the Minister of Civil Service’s letter No. (10722) dated 5/3/1439 AH, which enabled the Ministry of Health to assume the task of extending contracts for non-Saudis occupying health careers and implementing the tasks and controls stipulated in the royal orders, decisions and regulations. Related to contracting with a non-Saudi, or renewing a contract with him and determining the period of his stay in the job to agree on the necessary period.

LifeOfArabs - April 6, 2021 0
Only pilgrims and worshippers who have been vaccinated against COVID-19 or have recovered from coronavirus will be allowed into the Grand Mosque...