Sign in
Welcome! Log into your account
Forgot your password? Get help
Password recovery
Recover your password
A password will be e-mailed to you.
Life Of Arabs A complete guide for those who are living in Middle East or planning to come soon.
Advertisement
Home Saudi Arabia General Information Expat arrested for turning his residence into Dental clinic reports Saudi Police 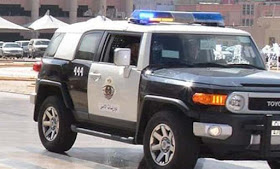 The assistant media spokesperson for the Riyadh police, Major Khaled Al-Kreidis, said that the competent authority of the region police managed to arrest a Pakistani resident, Who is in his 50’s.

He found to be in violation of the work system and it was proven that he was involved in making his residential apartment as the headquarters (of the Asnan clinic) reports Saudi Press Agency (SPA).  – Major Khaled Al-Kreidis stated that medical supplements, supplies and medicines were seized from his residence and handed over to the competent authority at the Ministry of Health of Kingdom.