Sign in
Welcome! Log into your account
Forgot your password? Get help
Password recovery
Recover your password
A password will be e-mailed to you.
Life Of Arabs A complete guide for those who are living in Middle East or planning to come soon.
Advertisement
Home Saudi Arabia General Information Ten Saudi women appointed in leadership positions in Presidency of the Two... 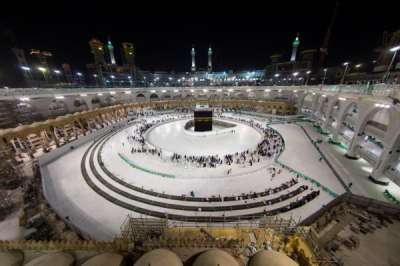 The General Presidency for the Affairs of the Two Holy Mosques has decided to appoint 10 women to senior leadership positions in the Presidency of the Two Holy Mosques, so as “to empower Saudi women with high qualifications and professional capabilities.”  The Presidency said that the appointment of women leaders was directed by the General President for the Affairs of the Two Holy Mosques Dr. Abdulrahman Al-Sudais, “in an effort to raise the standard of work in the Presidency, considering the appointment of qualified national cadres as an investment.”  It indicated that the appointments were made in all specializations and fields, whether in guidance, advisory, developmental, administrative, linguistic, technical, engineering, administrative, supervisory or services domains, and in the field of libraries and scientific research, and related services, among others.

It also included the departments of the King Abdulaziz Complex for the Kiswa of the Holy Kaaba, Gallery of the Two Holy Mosques Architecture, Library of the Grand Mosque, and others.  The General President for the Affairs of the Two Holy Mosques Dr. Abdulrahman Al-Sudais had earlier issued directives for the establishment of a number of women’s agencies and deputy agencies and the restructuring of a number of public administrations concerned with women’s affairs in the Presidency and its agency for the affairs of the Prophet’s Mosque in order to harness energies and improve the standard of services.