Sign in
Welcome! Log into your account
Forgot your password? Get help
Password recovery
Recover your password
A password will be e-mailed to you.
Life Of Arabs A complete guide for those who are living in Middle East or planning to come soon.
Advertisement
Home Saudi Arabia General Information Russia Will Test The Sputnik Vaccine In Saudi Arabia And The UAE 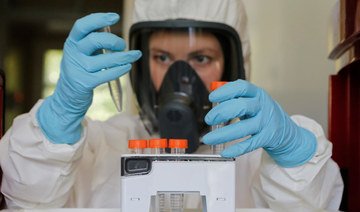 Russia has reached a preliminary agreement to conduct clinical trials of the controversial Corona virus vaccine in Saudi Arabia and the UAE, according to what was announced by the head of the Russian sovereign wealth fund Kirill Dmitriev.  According to Bloomberg News, the CEO of the Russian Direct Investment Fund, Kirill Dmitriev, said that the Russians are working with a pharmaceutical company in the Kingdom and have exchanged data about the experiences of the first and second stages with Saudi partners, while the Saudi company has not yet been identified.

“We will really communicate with Saudi scientists and the Saudi Ministry of Health … and we believe that Saudi Arabia will be a very strong partner in our joint work on the Sputnik vaccine,” Dmitriev said.  Earlier, Russia approved a new vaccine for the Coronavirus, amid concerns about the tests being effective, and the plan is scheduled to begin mass vaccination soon, while an association of multinational pharmaceutical companies described the urgent approval as risky.  Dmitriev added that Russia has shared its data with the UAE and expects to begin testing there later in August, as well as planning to conduct clinical trials in the Philippines and Brazil as well as at home.