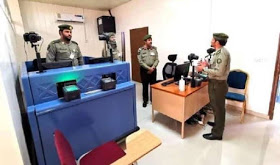 The General Directorate of Passports (Jawazat) in Saudi Arabia clarified that the validity of the passport specified to renew the identity of a resident (Iqama), in accordance with the legal procedures in force in this regard.  The response came from the Jawazat to a question it received from one of the beneficiaries via Twitter account, in which he said: