Sign in
Welcome! Log into your account
Forgot your password? Get help
Password recovery
Recover your password
A password will be e-mailed to you.
Life Of Arabs A complete guide for those who are living in Middle East or planning to come soon.
Advertisement
Home Saudi Arabia Jawazat And MOI Decision to ban those who left #SaudiArabia on Re-Entry visa and No... 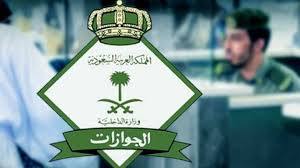 Dependents are not included in Ban of 3 years, if they no longer Return after expiry of Re-Entry Visa

The General Directorate of Passports (Jawazat) in Saudi Arabia confirmed that the decision to prevent from entering in to the Kingdom for those who left on exit re-entry visa, does not includes dependents and companions.

The Jawazat in Saudi through its Twitter account stated that in response to an inquiry in this regard, That the decision to ban for those who left Saudi Arabia on exit re-entry visa and no longer return does not include the dependents and companions.  – This came in response to a question from a resident expatriate whose family left on exit re-entry visa and and cannot able to return, asking, Can he able to bring them again?

The Jawazat had earlier said that the instructions stipulated that whoever works in the Kingdom, exits on re-entry visa and does not return, he will be banned to return for a period of 3 years except to return with the same employer.