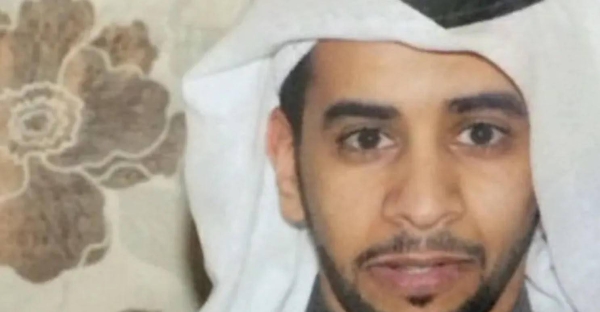 RIYADH — Abdul Karim Al-Mutairi, a Saudi nurse, had a brutal end while performing duty at the hands of a mentally deranged person here on Tuesday afternoon.  Al-Mutairi, his cousin said, was stabbed to death as he arrived at the patient’s home to provide psychiatric home health care service.  Al-Mutairi, a specialist nurse at the Mental Health Administration Complex in Riyadh, did not know that his end would be at the hands of a psychiatric patient while providing him with home treatment service. The family of Al-Mutairi received a call from the hospital informing about his death.

“Al-Mutairi called the father of the patient before reaching home for the provision of treatment. When he reached the premises, the father informed him that his sick son was alone at home,” Al-Mutairi’s cousin said adding that when he entered home to give a therapeutic dose, the patient attacked him with a knife, inflicting him several stabs that claimed his life on the spot.  The 28-year-old Al-Mutairi, who is survived by three young daughters, was known for his love of goodness, kindness, generosity and virtuous morals, the cousin recalled. He demanded that there should be a medical staff along with the nurse during such visits to home of psychiatric patients to protect them from harm. The patient confessed to the police that he was intending to kill Al-Mutairi a month ago, the cousin claimed.  Meanwhile, the Administration of Mental Health Complex in Riyadh mourned the death of Al-Mutairi. The Riyadh Nursing Department also mourned his death.  “With all sorrow and sadness, the Nursing Department in Riyadh mourns the death of nursing specialist in the Home Health Care Department Abdul Karim Al-Mutairi, who was killed while performing his work in home health care, and we belong to God and to Him we shall return,” the department said in a statement posted in its Twitter account.  Several social media users also mourned through the hashtag # Abdul Karim _ Al-Mutairi, describing him as a man of good manners, and condemned the murder, saying that he was killed treacherously.