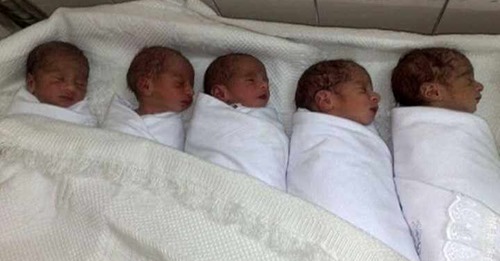 The age of a woman is the single most important element which affects her fertility. Women in their 20’s possess a strong possibility and chances of getting pregnant and have more babies. However, older women who are crossing or are above 35 years have lesser chances to conceive.

This most fertile Palestinian woman passed away at the age of 40 while giving birth, according to a top Saudi news program in the Kingdom. Her spouse confirmed that his wife had left him.

This is not the first lady to be recorded as the mother of so many children at once, according to Guinness World Records.

A little more study will take you back in time to 1725-1765, when a Russian woman named Mrs. Vassilyeva, wife of Feodor Vassilyev, was highlighted. In 27 confinements, Mrs. Vassileya had given birth to 69 children.

According to information found on several search engines and websites about that Russian woman, she gave birth to 16 pairs of twins, including four sets of quadruplets and seven sets of triplets.

3 Years Gap: According to the consultant gynecologist, mothers should wait three years after their first child is born.