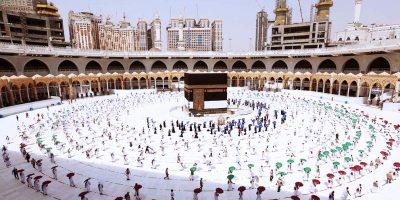 After the successful conduct of Hajj 2020 in Saudi Arabia, the Ministry of Hajj has announced that they will start assessing the experience it gained in organizing this year’s Hajj within two weeks.  “The ministry will soon start preparations related to the upcoming Umrah season,” said Dr. Hussein Al-Sharif, deputy minister of Hajj and Umrah for Hajj affairs.

When would they start Umrah?

It is hard to give an exact date as it is yet to be announced by the Saudi Government. However, I personally believe that they will allow local pilgrims to perform Umrah in the month of Muharram.

When would they start international flights?

As the government has already extended exit reentry visa of those Iqama holders who are out of Saudi Arabia, it seems that the international flight operations would start by the end of August or the beginning of September 2020.

How about International Umrah?

I don’t think they are going to allow international Umrah pilgrims soon. Initially, they would allow local pilgrims, reassess their arrangements, expand their facilities, and only after that international pilgrims would be allowed to perform Umrah.