Sign in
Welcome! Log into your account
Forgot your password? Get help
Password recovery
Recover your password
A password will be e-mailed to you.
Life Of Arabs A complete guide for those who are living in Middle East or planning to come soon.
Advertisement
Home Saudi Arabia General Information Return Flights Will Begin Monday Carrying Pilgrims To Several Destinations In Saudi... 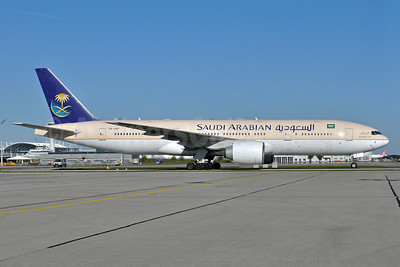 Return flights will begin Monday carrying pilgrims to several destinations in Saudi Arabia after they attended a downsized Haj, an aviation official said.  This year’s Haj was held with a very limited number, confined to Saudis and non-Saudis of all nationalities who are already residing in the kingdom in order to curb the spread of the new coronavirus.

“Starting from Monday morning, the flights will take off transporting the guests of Allah to return to their destinations after they performed the Haj rituals smoothly and easily,” the head of the King Abdul Aziz International Airport in Jeddah, Essam Fouad, told Saudi newspaper Okaz.  Flights transporting this year’s pilgrims total 25, according to the official. They are operated between the Saudi cities of Jeddah, Medina, Riyadh, Dammam, Al Qassim, Abha and Jizan, he said.

Seventy per cent of the pilgrims, who participated in this year’s Haj, were expatriates who were picked after meeting certain health conditions, including consent to be quarantined before and after the pilgrimage.  The 30 per cent of Saudi pilgrims are health practitioners and security men who have recovered from COVID-19. They were selected from among recovered patients in recognition of their role during the battle against the virus after they met the related health criteria.  Saudi authorities have said that no infectious diseases, including the coronavirus, have been detected among the pilgrims.  More than 2 million Muslims usually perform the Haj, which is one of Islam’s five pillars. Muslims are expected to perform it at least once in their lives if they can afford it and are physically able.