Sign in
Welcome! Log into your account
Forgot your password? Get help
Password recovery
Recover your password
A password will be e-mailed to you.
Life Of Arabs A complete guide for those who are living in Middle East or planning to come soon.
Advertisement
Home Saudi Arabia General Information Saudi Arabia: Barber shop converted into restaurant shut down in Mecca 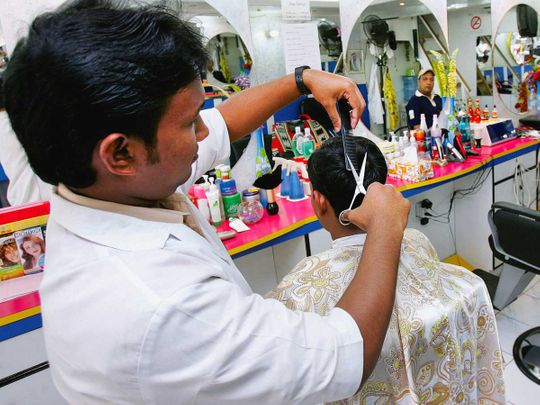 Saudi authorities have shut down a barber shop converted into a restaurant that was being run by an illegal expatriate labourer without any health certificates, Saudi media reported.  Engineer Yasir bin Saleh Makkawi, chairman of Al Mesfala sub-municipality, said the health control department inspectors, through their continuous random checks spotted the restaurant which had been providing popular dishes in Mecca.

Makkawi said the shop was run by an illegal expatriate labourer.  “The foods were destroyed, while gas pipes and utensils were confiscated and the shop was immediately shut down,” Makkawi said.

He added the sponsor of the shop was summoned to the municipality and maximum municipal penalties and fines were applied.