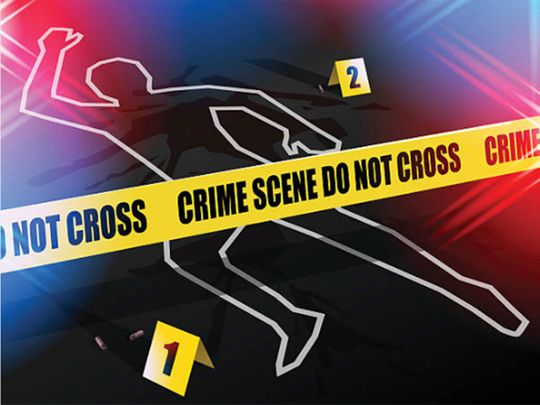 A father found his five children, a university student and his four sisters aged between 14 and 22 years, killed in their new apartment in Al Shuabah neighbourhood, in Al Ahsa, the largest governorate in Saudi Arabia’s Eastern Province, police said.  “Investigations are still ongoing by the competent authorities to find out the reason and who is behind this crime,” police added.  The uncle of the victims, Ismail Khalifa Al Saleh, told Okaz that the crime occurred when the parents and children went to view their new apartment in the Al Shuabah neighbourhood of Al Ahsa Governorate.

“The parents left their children in the apartment and went to the market. On their return in the evening, they knocked on the door, but the siblings did not open and the door was locked from inside,” the uncle said.  After several attempts, the father forcibly opened the door to find the five children dead. The father reported the crime immediately to the police.  Blood samples, fingerprints and other evidence were gathered from the crime scene and the bodies taken to the forensic medicine department. The autopsy report will be submitted to the Public Prosecution, police said.  Al Saleh said the son, Moayed, is a university student who specialises in English language at King Faisal University.