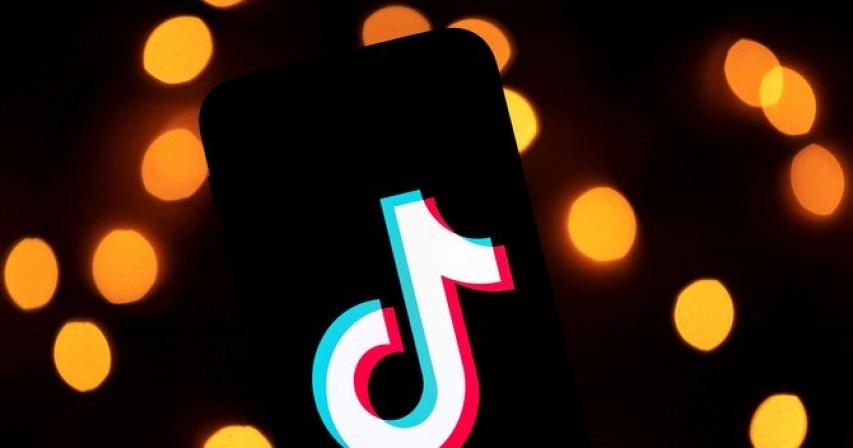 Chinese video platform TikTok is under fire once again, as rumors of the app being a tool used by the Chinese government to spy on users resurface online.  TikTok, owned by Chinese company ByteDance, is a video-sharing site similar to the now-defunct Vine, where users share short clips of themselves which can be altered using AI technology. Lip-syncing along with a track, using filters, and adding special effects give users the chance to create short clips that can be shared and downloaded in several social media platforms.

Due to the coronavirus pandemic, interest in the app skyrocketed as many users downloaded TikTok to watch videos and try to recreate them while in quarantine. The app has also gained significant popularity in the Middle East with influencers such as Saudi model Roz, UAE-based content creators Khalid and Salama, and Saudi top TikToker iimeeto, who recently celebrated reaching four million followers on the platform. Rania Mohammed, a fourth year medical student at Dar AlUloom University in Riyadh, said that TikTok was “the only thing keeping her sane” as she struggled with the pressures of school and quarantine. “As a med school student, my attention span and free time are both severely limited,” she told Arab News. “Taking a 15 minute break to watch silly TikToks has helped me keep motivated. The specific brand of humor on that app is the fastest way to make me laugh.” Mai Alhumood, a government employee, said that she downloaded the app while she was bored and became “quickly addicted” to the platform’s fun short videos. “People are so creative on TikTok, and the challenges that keep going viral are so interesting,” she told Arab News. However, the app has long-suffered from accusations of spying and gathering users’ private information on behalf of the Chinese government, leading to both temporary and permanent bans in countries around the world. Recently, it was reported that Amazon requested that employees remove the app from their smartphones in an email over “security risks.” The company later retracted its directive.

Saudi cybersecurity expert Abdullah Al-Jaber believed that concerns over the security of TikTok’s collected data stemmed from the app’s country of origin and its rules and regulations.  “TikTok collects data in a very similar way to US applications,” he told Arab News. “However the main concern is that the US has regulations and compliance that must be met when collecting customer data, such as GDPR data privacy regulation. In the case of TikTok, we don’t know as much about how the data is being used or stored because we don’t know their regulations.” Following a provisional ban in April 2019, India’s Ministry of Electronics and Information Technology banned TikTok permanently in June this year, along with 58 other Chinese apps. The ministry claimed that the apps were a “threat to the sovereignty and security of the country” following a Himalayan border clash with Chinese troops in the disputed territory of Ladakh. Indonesia temporarily blocked TikTok in July 2018, citing public concern regarding “illegal content” such as pornography and blasphemy. However, the app was unblocked following various changes from TikTok such as the opening of a government liaison office and implementing security mechanisms. Recently, the US became the third country to seriously consider banning the app, according to information from President Donald Trump’s administration. Trump also weighed in on a potential TikTok ban. In an interview with Gray Television, Trump said that banning the app would be “punishing China for its response to the coronavirus.” “Look, what happened with China with this virus, what they’ve done to this country and to the entire world is disgraceful,” he said.

While Saudi Arabia has yet to announce a ban of any kind of TikTok, local users and followers are trying to practice caution while using the app anyway. Alhumood considered making videos on the platform, but dismissed the idea and only uses it to follow other people’s videos. “I have ideas for it, sure, but I’d rather not take the risk. I don’t even have a username or a registered account, and that’s one of the better things about TikTok. I only have the app, but I can still watch all the videos without giving them my private information.”

Mohammed also said that she had no interest in creating videos herself, though she did have a registered account in order to comment on videos and keep track of her favorites. However Al-Jaber said that, in his opinion, registering an account on TikTok did not necessarily pose more of a risk than using other social media. “If you use Facebook or Twitter, it’s not much different than using TikTok,” he said.