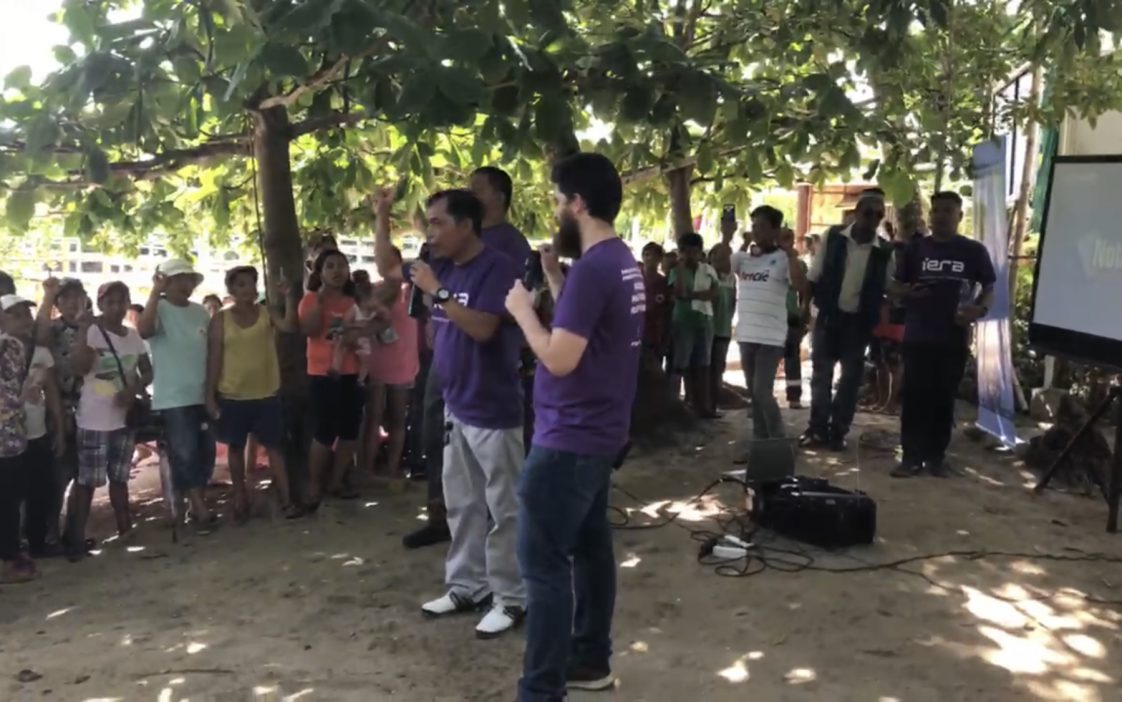 
People convert to Islam frequently and we read about it too. A person as an individual entity gets inspired by the beauty of Islam easily and enters into the fold of Islam.  But when it comes to a group of people it becomes hard to bring them into a singular belief. A group of Muslim Da’ee (those who call people to Islam) has managed to bring an entire village of Christians to Islam in Philippines.  All the inhabitants of Banyatan island of Cebu – Philippines converted to Islam after a Da’wah group visited the village and invited them to Islam with logics and proofs.

iEra – a British Islamic organization did this miraculous work; the members explained people ‘the status of Jesus in Qur’an.’  It all began when Abu Bakr, a local Muslim convert who runs ‘Medina Mosque’ invited the UK-based Islamic Educational organization to conduct orientation lectures and social welfare activities in the area.  The team members before leaving for the Da’wah work packed dry ration for the poor villagers in the mosque with the help of Abu Bakr. After this they went ahead and held a small discussion about Jesus with the local population.  They also explained how Prophet of Islam – Mohammed – made it an incumbent article of faith to believe in Jesus and his mother Mary, but Islam condemns worshiping of idols, crosses, stones, trees, humans, spirits, angels, and the Prophets.  All this talks, debates and discussions impacted the mind of the people and they decided to follow the truth and they embraced Islam altogether at once.  “It was an emotional charged moment as the whole village converted to Islam together as one united community,” one of the volunteers said.  The whole population of the village counting to around 215 people recited the Shahada in the emotionally charged environment.  Philippines a predominantly Christian country houses around 8% Muslim population. Most of the Filipino Muslims lives in the Mindano and other adjacent areas.  In medieval times most of the Filipinos were Muslims but when Spanish people attacked and ruled there, they converted the population into Roman Catholicism. It is important to note that those people living in Philippines had an Islamic past.  When Islam came to them again, they immediately connected themselves back to their original faith. Thus, their own Islamic past made their reversion an easy matter.