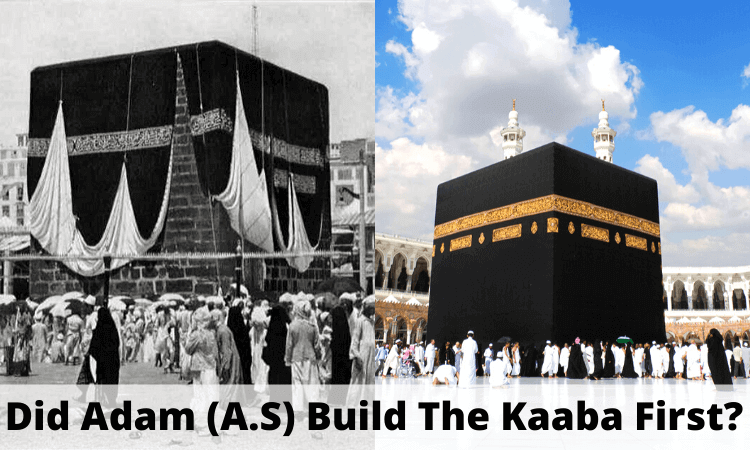 
Millions of Hajj pilgrims make tawaf around the holy Kaaba every year. The dua of Holy Prophet Ibrahim (PBUH) that He made for His wife and His child Ishmael at holy Kaaba is described in the Holy Quran (Surah’ Ibrahim — Verse 37) as:

“Our Lord! Verily I have settled (a part) of my offspring in a valley without cultivation near Your Sacred House, in order, Our Lord! That they may establish prayer; therefore, make the hearts of some people yearn towards them, and provide them with fruits so that they may be grateful.”

First Construction ever on Earth

Prophet Ibrahim (PBUH) created this supplication around 2000 B.C. but it’s been stated that the first man Prophet Adam (PBUH) who have been told to leave the Jannah with this dusty Earth was initially ordered to tackle a great journey.

Adam (PBUH) was directed by skies to travel far until he arrived at the deserts of Hijaz. In the valley ringed by mountains, where there was only barren land, sand and rocks He (PBUH) built the holy structure. The Holy Quran cites this sacred sanctuary and valley:

“The first sanctuary ever constructed for mankind was that at Bakkah (the old title of Makkah), a fortunate location and advice for the worlds”.

The role of Adam in construction Kaaba is uncertain in Hadiths; the authentic history about the construction of Kaaba is as follows.

After the centuries after Prophet Adam (PBUH) built the Kaaba, two people came across the desert to Makkah Valley with a child. The older man in his eighties who’s Prophet by fate, the Prophet Ibrahim (PBUH) along with his Egyptian maid Bibi Hagar who is the mother of Prophet Ishmael. Ibraheem (PBUH) left his wife and infant son Ishmael near the mount that now covered the Sacred House, under the divine instruction, leaving them with a few dates and a water jar.

When Hagar ran out of food and water, she left his baby under the sheltered place and ran here and there in search of help or water. She ran toward the hilltop of Safa but did not locate any sign of spring or habitation. Next, she ran to the neighbouring hill, Marwah but again she found nothing.

She ran between two hills to the seven times calling Allah for mercy. Then suddenly she noticed the noise and came back to her son Ishmael, she saw an angel standing beside her baby. The angel was Jibraeel, who was striking the ground with his wings so that the water prattled forth.

The well that came into existence from the barren property is the well of Zamzam, which gives out fresh water even after the centuries and pilgrims drink it and take for their houses as a gift for their nearest and dearest. Here is the sacred place where Hagar settled and raised her son Ishmael.

Ishmael joined the wandering tribe known as Jurhumites in the north, and it’s the same location where he thrived and his mother Hagar died.

The rebuilding of Kaaba by Prophet Ibrahim (PBUH) and Ishmael (PBUH)

Prophet Ibrahim came back to Makkah, in that time his infant son Ishmael increased to manhood. Then both son and father set about rebuilding the sacred Kaaba, repeating the deed of Adam. Ibrahim and Ishmael awakened the Earth from the will of God to found the original structure, and in the location they rebuilt the Kaaba as a simple structure of four partitions, setting in 1 corner of this House a white stone.

“And when Ibrahim and Ishmael raised the foundations of the home; Our Lord! Accept from us; You are really the Hearing, the Knowing”.

More than two millennia passed before Ibrahim’s prayer was answered. From the time the instruction of worship One God was merged with much idolatry, and the Holy Kaaba was filled with idols. The sacred white stone in the southern corner turns into black due to the sins of men.

But when the kid was born from Ismael’s seed from the noble tribe of Quraish and at the clan of Hashim, the last Prophet and the Messenger of Allah, Holy Prophet (P.B.U.H.) cleared the holy Kaaba from idols that were placed inside by non-muslims.