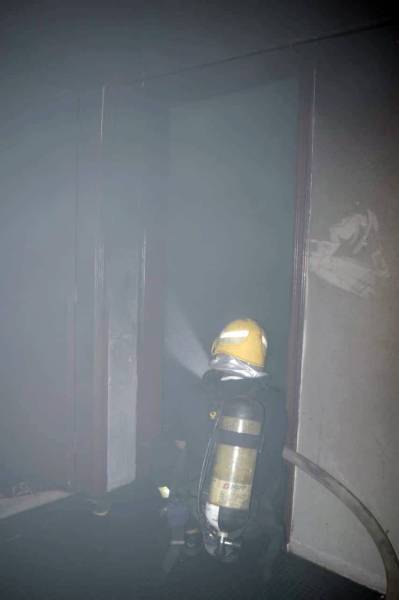 
It has been declared by the Civil Defense authorities that all five members residing in an apartment Al-Faisaliyyah district of Riyadh have died due to an AC explosion. Their apartment was on the second floor of the building that is having three stories.  The family members included three children and their parents, all of them died as the result of the fire.

The husband, wife and three children were sent to the hospital after the rescue. However, they were in critical condition and died before reaching the hospital.

A citizen informed the Civil Defense operations room of smoke billowing from the apartment, and rescue teams, including firefighters were immediately dispatched to the scene.  According to reports, the fire started in one of the air-conditioners in the apartment. Even though people in the neighborhood who saw some coming out of the apartment tried to alert the family members inside, they did not respond. When the firefighters came and broke open the door, they found the victims in a deteriorating condition.

The victims were apparently sleeping when the fire started.  The Civil Defense said the wooden furniture in the apartment caused the fire spread quickly into the other rooms.  It said rescue teams were able to evacuate five people from the burning apartment but it was too late because of the heavy smoke they had inhaled.

The Civil Defense said the concerned authorities would complete the investigations.