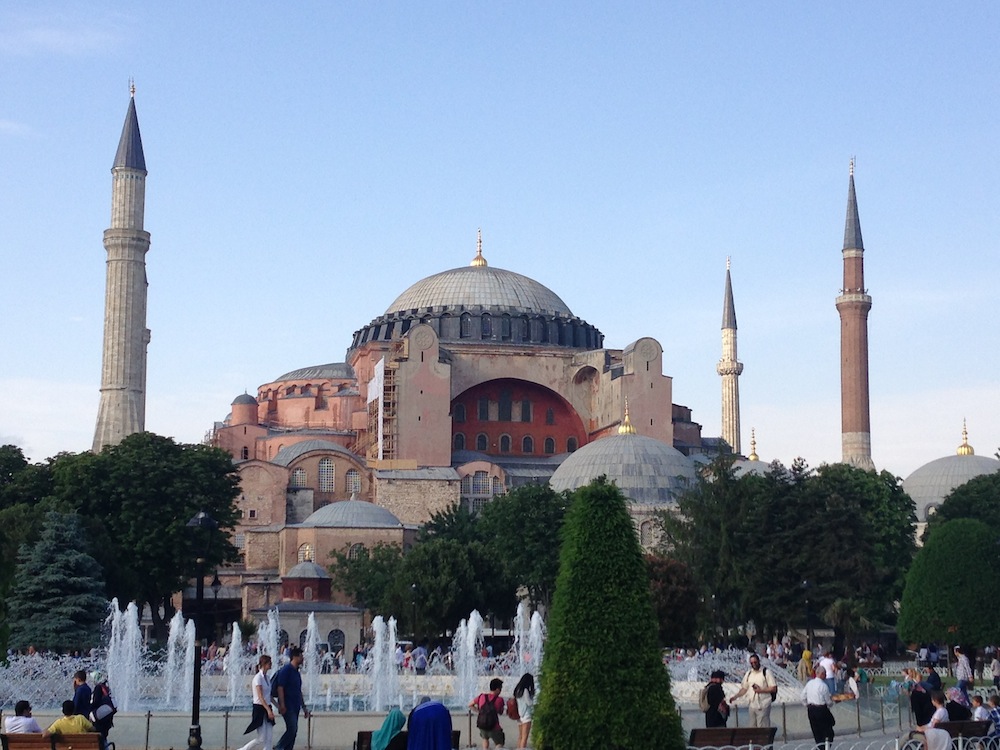 
Finally, after 85 years Hagia Sophia has been converted into Mosque and Adhan has been called out. A very joyful moment for every Muslim across the globe as the mosque which was turned into museum years ago is finally restored as Mosque.  Turkish President Recep Tyep Erdogan had announced on Friday that the museum will be turned into mosque.  Hagia Sophia also known as Aya Sofya is one of the architecture marvels of the world and is also a UNESCO world heritage site.

The iconic monument was built as a Cathedral by the Byzantine Empire before the city was taken down by the Ottoman Sultan Mehmed II in 1453.  Sultan Mehmed II converted the cathedral into mosque and since then till 1934 it served as one of the major mosque of the world. In 1934, a cabinet order turned it into a museum but after 85 years it has been again restored as a mosque.  During these 85 years UNESCO recognised Hagia Sophia as part of its Historic Areas of Istanbul and labeled it a World Heritage Site.  Muslims of the nation are very happy over this decision and they have taken to the streets celebrating this marvelous decision.

Hagia Sophia is not only a mosque or ex-museum but it is also one of the prides of Turkey. Tourists all across the world used to come to visit it as a museum but now they will come to see a mosque.  Turkey’s highest administrative court unanimously cancelled the decision that was taken decades ago of turning the place into a museum. The Council of State decided to transform Hagia Sophia into a mosque again.  Adhan has been called out after a long gap thus beginning the new era of Islam in Turkey which was sidelined back in 1920s after secular Kemal Ataturk became the President of Turkey.  This decision triggered the Christians of the Greece and Russia for whom this cathedral was sacred. Hagia Sophia was the prominent temple of Eastern Orthodox Church before Mehmed II took it in 1453.  On the other hand Muslims are praising bold and fearless President Tyep Erdogan who took this decision and liberated the mosque.  Minutes after the President Erdogan signed the order Muslims of Turkey gathered at the mosque to offer their prayer and give Adhan.