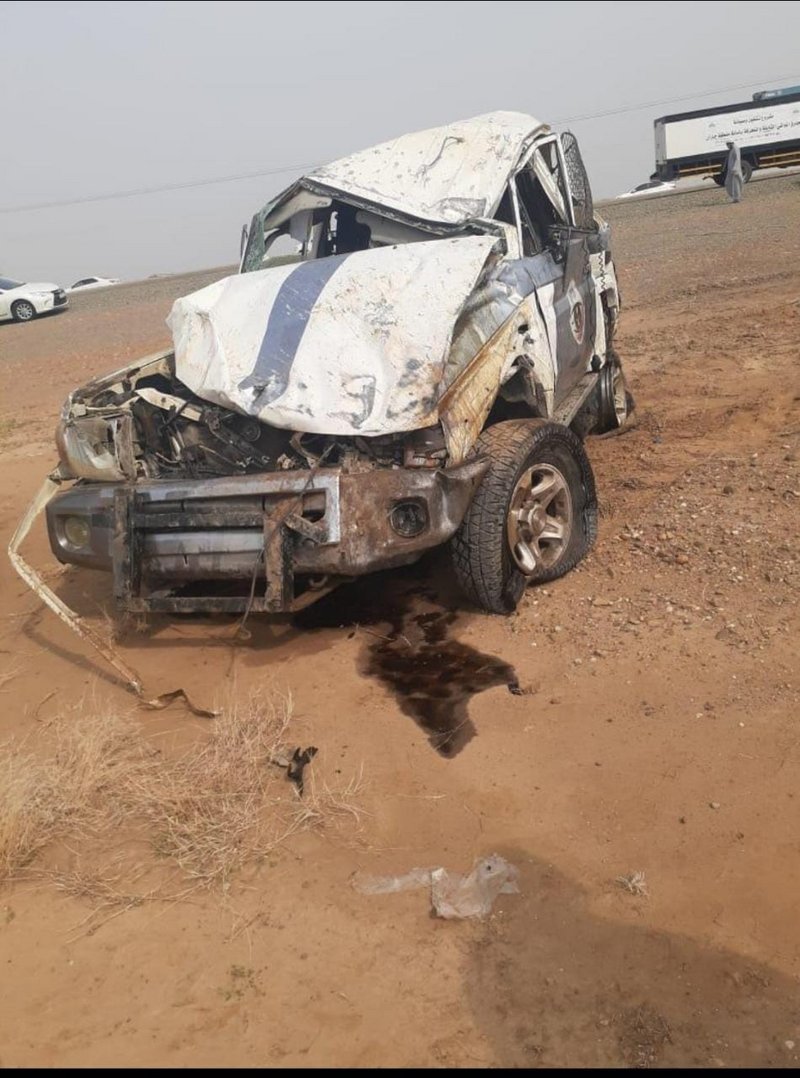 Sources revealed the details of the last moments of the two security men who passed away as a result of their vehicle flipping over on Al-Haqou Road in Baish Province this morning.  Sources said: A call was received by the operations center at eight o’clock, in it, a lady reported she was kidnapped by a person driving a Nissan car from a village in Sabya governorate, to an unknown destination.

All Security patrols were immediately notified, including the patrol car that was led by the two security men, who in turn headed towards the administrative borders of Baysh Province, but were subject to an accident which caused the patrol car to flip over, likely due to a tire explosion before they reached the site.  Sources also revealed that the vehicle in question was seized in the Sabya governorate, and the report was being investigated.