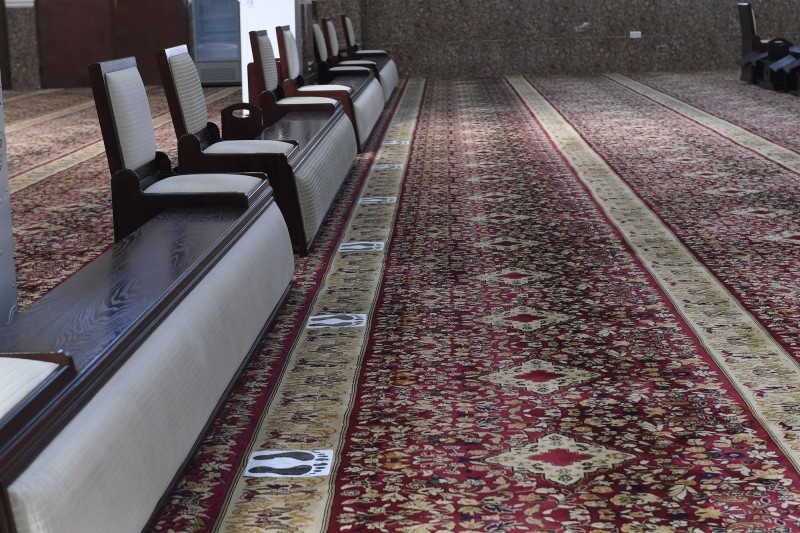 RIYADH —The Ministry of Islamic Affairs, Call and Guidance and its staff are all geared up to embark on maintenance, cleaning and sanitization process of more than 90,000 major and minor mosques across the Kingdom, which reopen on the dawn of Sunday, except the mosques in Makkah, after over a two-month closure.  The reopening of mosques will be done in accordance with the instructions of Minister of Islamic Affairs Dr. Abdullatif Al-Asheikh and in line with an advisory issued by the Senior Council of Ulemas.  The ministry is carrying out on a wide range of campaigns on all media outlets, TV channels, radio stations, newspapers and online news platforms, in addition to its portal and other digitally-administered websites, in order to disseminate precautionary medical instructions and procedures in a number of internationally-recognized languages, urging all worshipers to abide by them for their own safety.  Among the instructions are doing ablution at home, proper hand washing and using sanitizers before going out to the mosque and after coming back home. Elders and those with chronic diseases are advised to perform their prayers at home. Reading and reciting the Holy Qur’an online is advised, too, from one’s own mobile phone or at least reading from a privately owned copy of Quran.  Bringing one’s prayer mat to perform prayers in mosques is highly recommended as well as keeping a two-meter distance between one another prayer.  Accompanying under 15-year old children to the mosques is prohibited. Putting on a face mask and avoidance of handshaking and scrambling, at mosques gates, are also recommendable.  Meanwhile, the ministry managed, during the closure of mosques, to carry out a massive cleaning, sanitizing and maintaining drive of all mosques Kingdom-wide, according to world class quality and best known practices, including sanitizing over 10 million mosques, 43 million copies of several sizes and volumes of Qur’an, more than 600,000 Qur’an cupboards, in addition to repairing and maintaining about 176,000 water closets, annexed to mosques.