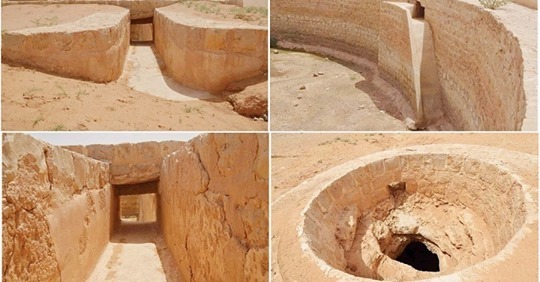 Zubaida was a queen in Iraq and was the daughter Abbasid caliph Mansur’s elder son, Jaffer. She married her cousin Haroon al-Rashid (170-193 Hijra), the fifth Abbasid caliph.  Al-Rashid is known as the richest Caliph of Muslim history.

All her life was devoted to serving humanity and she is remarked as one of the humblest Queens of all time. She also has the credit of building the Nehr-e-Zubaida or the Zubaida Canal. The canal, which served the pilgrims for more than one thousand years, is a remarkable effort of engineering, construction, and modern technology.

The city of Mecca was hit by an extreme shortage of water causing the pilgrims to depend on Zamzam water during Hajj days. Caliph Umar bin Khattab (RA) was alarmed by this water shortage situation during his visit to the city for Hajj in the 17th Hijrah. He and other companions of the Prophet (PBUH) tried to come up with a solution but nothing of substance could be achieved. The water difficulty became so massive till the time of Caliph Haroon Al-Rashid that a single bucket of water was worth 20 dirhams.

Queen Zubaida went for Hajj after the death of her husband in 193 Hijrah and was saddened by the water shortage in Mecca. She called up a meeting of engineers and experts from different parts of the world to resolve this crisis. After surveying the area, it was decided to build a canal from the Valley of Hunain, where a water spring fulfilled all the needs of its residents. The valley of Hunnain is the place where the Prophet (PBUH) had fought a battle called Ghazwa-e-Hunnain. However, the land was rocky and barren and it was not possible to build a canal on the surface of the land. The engineers decided to build through a tunnel (aqueduct) with water stations at different intervals, from where people could meet their water needs.

Zubaidah bought the entire valley so that its water resources can be used to the fullest. But to bring water from the mountains was a herculean task and needed enormous funds and manpower for cutting the mountains and digging the rocky hills. Queen Zubaida was determined and ordered to launch the work by saying: “For each stroke of spade and shovel, I’m ready to give a dirham if needed”.

After several years of hard work, the canal was extended to Jabal-e-Rahmah in Arafat and then to Mina and Muzdalifah, providing ease to both locals and pilgrims. The entire cost was incurred by Queen Zubaidah herself. After the canal was completed she ordered that the account books to be thrown into the river and said: “My reward is with Allah.”

Zubaida Canal is not only her greatest humanitarian work, she once declared that none of her debtors would be asked to pay the dues while those who owe her shall be given double.

She got the road improved that connected Kufa to Makkah and Madinah. The road was 900 miles long and was used by the pilgrims. The road still has a marking in her memory known as Darb-e-Zubaida.

Zubaida Canal is a remarkable example of the heritage of the Muslim Queen Zubaida, which served the Ummah for more than one thousand years.

How was the Canal built?

This was not done without incurring a cost though, Queen Zubaidah bought the entire valley of Hunain so that its water resources could be used to the fullest.

To attain water from the mountainous sources, the mountains were cut, manpower and tools were used and engineers were called. All the cost was incurred by Queen Zubaida as by this time her husband had died.

Later the canal was extended towards Jabal-e-Rahma (the Mountain of Blessings) in Arafat, and then to Mina and Muzdalfa. This was something that caused ease for the locals and the pilgrims.