Sign in
Welcome! Log into your account
Forgot your password? Get help
Password recovery
Recover your password
A password will be e-mailed to you.
Life Of Arabs A complete guide for those who are living in Middle East or planning to come soon.
Advertisement
Home Saudi Arabia General Information He ate scorpions and dug his grave with his hand .. Missing... 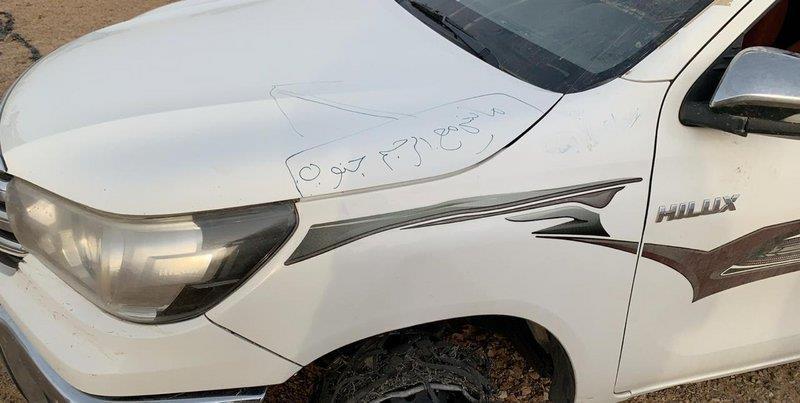 
The young man Fahad Al-Wadani, who was missing since last Wednesday in a desert area in Al-Sulayil Province, south of Riyadh, and wrote on his car, “He walks with stoning south”, gave details of finding him after spending 4 days in the desert.

Al-Wadani said, according to Al-Arabiya, that he went to visit his sister and then decided to go out to search for a lost camel in the desert, but that his car broke down and a relative helped him.

He added that he decided to return through Shuaib al-Sahabiyah, and damaged his tires and ran out of fuel and lost in the desert, noting that he left the car in search of a tree under which he would remain, after he burned the tires on the first and second days in the hope that someone would find him.

He continued that on the third day he could not resist hunger and ate scorpions to fill his hunger as he ate from the trees of samar, and then he dug his grave with his hands, and wrote his will by placing watering wells in the place where he lost.

He pointed out that on the fourth day he was surprised by a car for “retribution” that he found his will which he wrote on a cloth from the car seats and his pen beside one of the trees, indicating that he was able to reach him and transport him to the hospital in cooperation with the Aoun Association for Search and Rescue.

For his part, a spokesman for the Aoun Association for Search and Rescue Muath Al-Kheneini said in an intervention for the “Ya Hala” program on the “Rotana Gulf” channel, that the research team managed to reach the missing person after he had acted well before leaving the car and determined the direction in which he headed, which helped them in Find him and escape certain death.