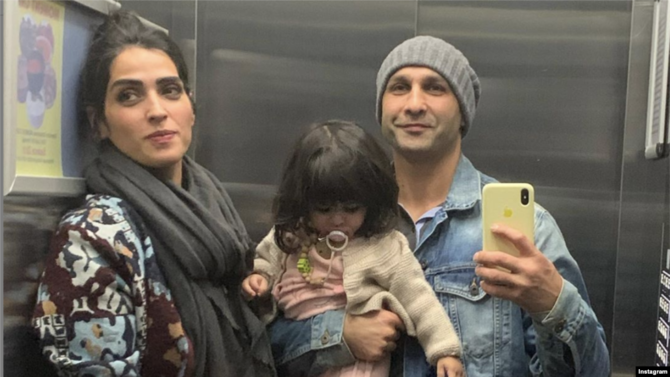 
DUBAI: An Iranian couple and influencers were sentenced to 16 years in prison, 74 lashes and a cash fine on charges of ‘propaganda against the regime’, ‘obscene and vulgar’, posting on social media and acting against public morals, local daily Radio Farda reported.
The couple, who have been living in exile in Turkey with their children, have shared an Instagram post saying that the court issued a verdict against them in absentia.
The husband, Ahmed Moin-Shirazi, said in the Instagram post that the family left to Turkey in 2019 to avoid harassment.
Moin-Shirazi added that they have been summoned multiple times to the Intelligence Ministry, accused of espionage, warned about their social media activities, and detained for a day before being freed on bail.
The couple has almost 1.5 million combined followers on their separate Instagram accounts.
Moin-Shirazi, who is a former world kickboxing champion and entrepreneur, said his interrogators told him he must not post anything about his political opinions or post photos in which his wife appears without a head scarf.
Iranian authorities have been known for arresting social media influencers who post dance videos or appear without wearing the mandatory headscarf and long coat.