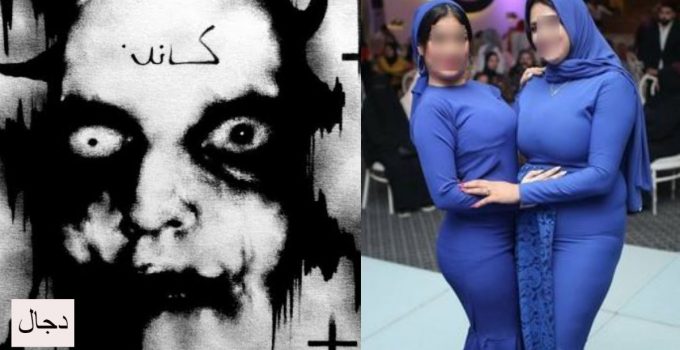 We all know that in the coming days a man will come to whom Allah ﷻ has given powers so that he will rule the world for a period of time. Dajjal will arrive from Syria. He will spread his horror in the world. He will consider himself a God.

There are over fifty scholarly comments on the meaning of the word Maseeh (Messiah). They said that this word is applied both to the Truthful One [True Messiah, i.e., ‘Essa and to the misleading liar [the “antichrist” or Dajjal]. The Messiah is the Truthful One, ‘Essa ibn Maryam, and the Messiah of guidance, who healed those who were born blind and lepers, and brought the dead to life by Allah’s Leave.

The false messiah (al-Masih al-Dajjal) is the liar who leads people astray, the messiah of misguidance who will tempt people by means of the signs that he is given, such as bringing down rain, reviving the earth to bring forth vegetation, and other “miracles.”

So Allaah has created two messiahs, who are opposites of one another.

The scholars said that the reason why the Dajjal is called Masih (a “messiah”) is because one of his eyes is mamsooh (lit. “Wiped”; smooth or abraded, i.e., he will be blind or defective in one eye). Or it was said that it is because he will survey or travel throughout the earth (yamsah) in forty days.

Now the question is what kind of women will be in Dajjal’s times?

Then their clothes became more and shorter by the passage of time. But do you really think that you will become equal to men by wearing short dresses and feel free in the cruel world? No, Men are all covered they wore full pants and shirts. They do not show their body parts by wearing short pants.

The new generation makes it fashion to live together without marriage and tell the society that now it’s the trend we can do all sexual activities without any restrictions (Zina). Due to the short dressing women manipulate the men. And men fulfill all his desire without marriage then he doesn’t need of getting married.

Now if we look at our recent so-called liberal society we can see that now women are dressed up like men or even they are naked with put-on just little piece of cloth. So, if it’s really true then the women of recent can be considered as the women of Dajjal’s Time.