Sign in
Welcome! Log into your account
Forgot your password? Get help
Password recovery
Recover your password
A password will be e-mailed to you.
Life Of Arabs A complete guide for those who are living in Middle East or planning to come soon.
Advertisement
Home Saudi Arabia General Information Saudi Arabia reports five new cases of coronavirus; first in Makkah 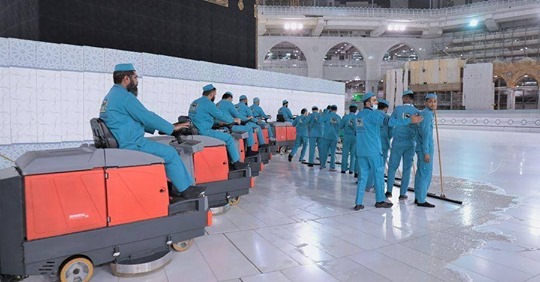 
RIYADH — Saudi authorities on Tuesday announced the discovery of five more new coronavirus cases, raising the total number of cases in the Kingdom to 20.

The Ministry of Health said that three of the new cases (a male and two females) were quarantined in a hospital in the Eastern Province. They had visited Iran and Iraq and were tested on arrival to the Kingdom. The laboratory tests showed that they were infected with the virus.

The ministry statement explained that the fourth case is of a citizen with mild respiratory symptoms had reported to a hospital in the Eastern Province. He has been isolated in the hospital for treatment after the tests returned positive.

All contacts of the infected people were identified and accounted for, and samples were taken from them for examination.

The ministry added that the fifth case is an Egyptian, who had recently come from his country. He too showed mild respiratory symptoms and tested positive. The patient has been isolated in a hospital in Makkah, and all those with whom he had contacts were identified and accounted for.

The ministry called upon all people to contact its 937 Service Center for any queries about the virus, while stressing that information should be taken from its official sources and not to believe in rumors.

The ministry stated that it provides all information and advice about dealing with the virus through social media and also by specialist doctors through the No. 937. — SG