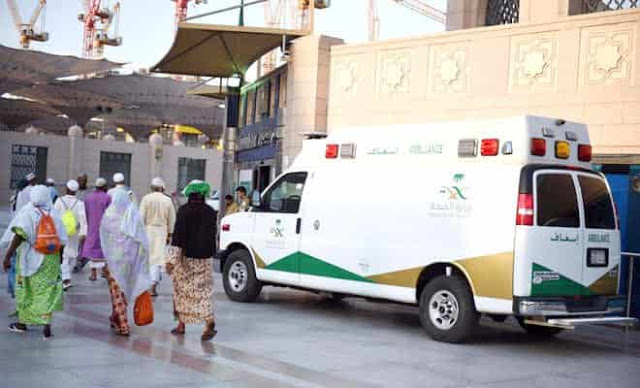 Saudi Arabia is fully prepared with 25 hospitals, 8000 beds to fight with any Corona-Virus case, If its detected in the country. There are zero cases in the Kingdom as of now, However, its 7 citizens in Kuwait and Bahrain infected with Corona-Virus, The Ministry is trying to treat them there itself with the help of Kuwait and Bahrain health ministries.
– More than 100,000 individuals were sent back to their home countries as Saudi Arabia is temporarily suspended entry into Makkah and Madina, said the spokesperson of Ministry of Hajj and Umrah.

– All the precautionary measures are only for the prevention of Corona-Virus spread, It is for the benefit of all. This week Saudi Arabia temporarily banned Umrah visa holders from entering into the Kingdom, The Ministry of Hajj and Umrah launched a mechanism to refund the paid Umrah visa fee.
– Tourists visas for some countries where Corona-Virus poses a risk are also temporarily banned, GCC residents are also banned, They can only enter through their passports instead of their National IDs, Only Business Visa, Visit Visa and Work Visa holders are allowed for now into Saudi Arabia through various airports.

LifeOfArabs - April 6, 2021 0
Only pilgrims and worshippers who have been vaccinated against COVID-19 or have recovered from coronavirus will be allowed into the Grand Mosque...