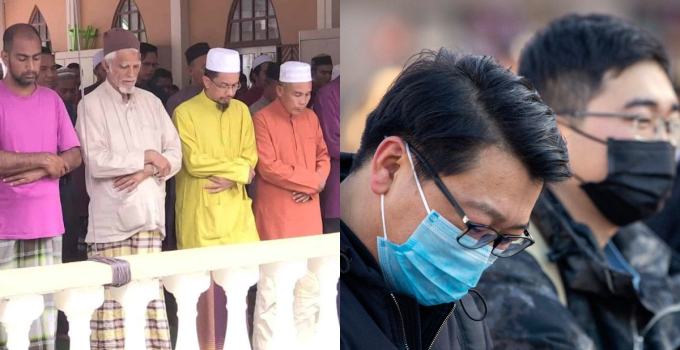 According to the latest news coming out from the Chinese official, 1500 people are dead. More than 47,000 are affected with the corona virus. The condition is getting severe in China. Humors are coming out of China. A man secretly made a video and it shows some people having guns are killing people affected with novel corona virus. Some people have said that China has asked some authorities to kill all those who were suffering from this epidemic. But it has different views.

The Muslims world have come out to support China. Pakistan, Malaysia and turkey and many other countries are trying their best to support China. They were providing every possible medical support and instruments to fight this epidemic. Muslims are encouraged to perform special prayers to seek God’s protection against the 2019 novel coronavirus (2019-nCoV) outbreak.

Closeness to Allah is another way to prevent from Coronavirus outbreaks therefore mosques in Muslim-majority Malaysia were instructed to hold “SalaatulHajat” (Prayer of Need) and “Dua-e-Salamat.”

According to Malaysian media reports, all the 913 mosques in the Johor state have been ordered to again hold the congregational prayers after the Friday prayer on January 31 to protect the country and the people from 2019 Novel Coronavirus (2019-nCoV) outbreak.

Kelantan mufti Datuk Mohamad Shukri Mohamad said, “Prayers were channels for Muslims to ask for Allah’s help against the outbreak and other diseases.As a Mufti, l can only give my advice to the people. But, it is not within my jurisdiction to order them to perform the special prayers.As a Muslim, we should know that a ‘Dua’ is a medium for the Muslims to seek for Allah’s protection.

This is why we should always do so.” Efforts are being made to prevent the spread of the newly identified virus because these terrible disease are quickly transmitting.Malaysia has so far reported four confirmed cases of coronavirus. All are Chinese nationals on holiday from Wuhan who arrived in the country from Singapore.A 66-year-old woman and two boys, aged two and 11, are in a stable condition and are being kept in an isolation ward at a public hospital, Malaysia’s health minister said.

According to a report, if this epidemic remain for three months, it will cause death to more than 6 crore people worldwide. Unfortunately, no cure to this epidemic is available. Although they were also rumors about the cure invention.

Some country have found a solution including Indonesia and Australia but according to them, it will take one to three months to test to these medicines. Instead of making fun of Chinese as the world is doing right. Making jokes on them and calling them animals and asking them to leave the country, as a Muslim, we all should need to pray in every Salah. It is our religious duty to help other without discrimination. It is a difficult time for them and as a Muslim, we should help them in every possible manners.

May Allah save us from the widely spread Epidemic.

Liked Our Articles? Want to read more? Subscribe to our Newsletters.