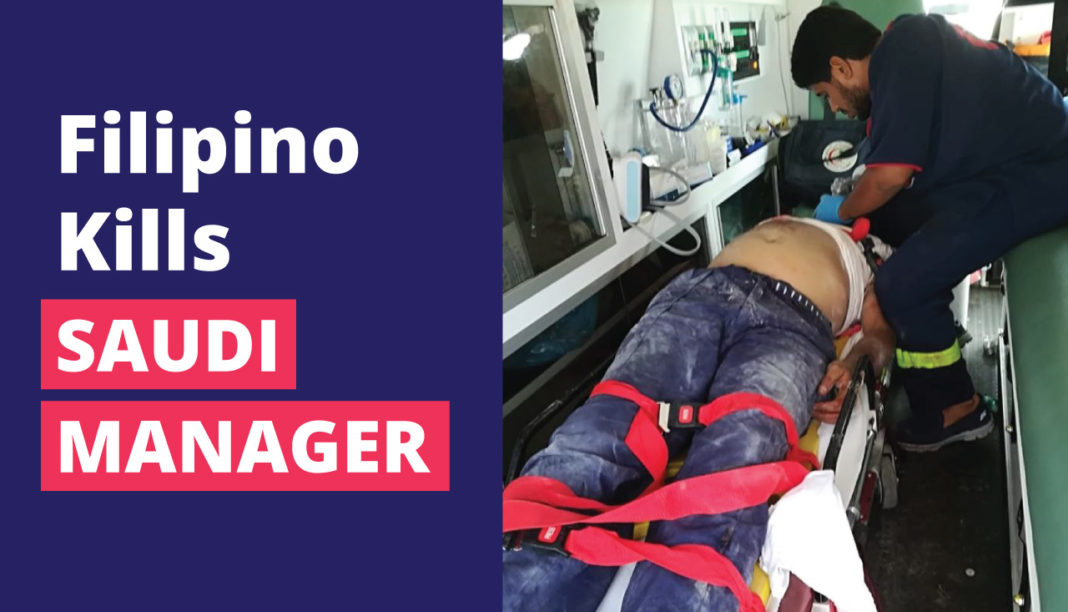 JAZAN/JEDDAH — In a gruesome incident, a Filipino who went berserk on Wednesday stabbed to death a Saudi manager and Pakistani employee working at the Farsan Island unit of Saudi Electricity Company (SEC) in the southern Jazan province.

Five others were injured in the attack. The attacker who was seriously injured when security forces fired at him. He succumbed to his injuries at a hospital in the island.

Why He Attacked Them?

Sources state that the murderer who was a Filipino migrant worker was terminated from the job. The witnesses reported the incident in detail that both the Pakistani worker Arbab Ahmed and Philippine national were in the labor camp when the dispute started.

In its twitter account, SEC offered condolence to the bereaved family members of the deceased manager and worker.

According to reports, the Filipino chased the Pakistani worker Arbab Ahmed with a knife and fire extinguisher following a dispute between them at their accommodation.

When the Pakistani fled to the nearby SEC office and took shelter at the office of manager Naseebi who in turn tried to pacify the attacker.

However, the Filipino stabbed Naseebi, aged 56, at least seven times, mainly on his chest and throat. The attacker released the liquid of fire extinguisher to prevent those who attempted to overpower him during his rampage. This prompted the security officials to fire at him.

Speaking to Saudi Gazette, Pavitran, an Indian recalled the friendly behavior of slain Saudi manager Naseeb, whom he knew since long.

The Police Were Called

As soon as the fight heated and took a violent turn, the other coworkers called the police to the SEC office which didn’t take much time to arrive. When the police arrived at the scene the murderer refused to surrender and started to attack others again.

LifeOfArabs - April 13, 2021 0
Iqama and residency laws for expatriates in Saudi Arabia are clear and must be followed by all. There are also laws regarding...