Sign in
Welcome! Log into your account
Forgot your password? Get help
Password recovery
Recover your password
A password will be e-mailed to you.
Life Of Arabs A complete guide for those who are living in Middle East or planning to come soon.
Advertisement
Home Saudi Arabia Jawazat And MOI Yusuff Ali M.A: The first Saudi premium residency card holder 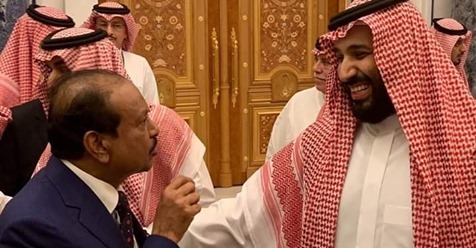 Yusuff Ali, 64, is the chairman of the LuLu Group, who was ranked the richest expat in the UAE by the Forbes magazine last year.

The permit, informally known as Saudi Green Card, grants expatriates the right to live, work and own business and property in the Kingdom without need for a sponsor, the LuLu group said in a statement.

The introduction of the Premium Residency comes as a part of Saudi Arabia’s Vision 2030 reform plan, which was announced by Crown Prince Mohammed bin Salman to boost the Saudi economy, the statement said.

Saudi Arabia has just given out their Premium Residency permit or the Green card to Yusuff Ali M.A. Yusuff Ali is an Abu-Dhabi based retail tycoon who hails from India. Yusuf Ali is the chairman and managing director of Lulu Group.

Premium residency is a prestigious residency permit that allows the holders to live, work, own business and property in the Kingdom of Saudi Arabia without relying on a Sponsor.

These Premium residencies are being given under the crown prince’s Vision 2030 as it aims to diversify and strengthen the economy.

Ali is the first Indian expat to attain this, he is the chairman and managing director of the group that owns the Lulu chain of hypermarkets. He told that it is a proud and humbling moment for him.

This initiative is targeting key investors and prominent personalities from various fields, including sports, arts & culture, who have played a defining role in the nation building process.

The Lulu Group owns and operates more than 35 hypermarkets and supermarkets in Saudi Arabia, which includes ARAMCO Commissaries and National Guards super stores.

He further added that investors can now have a sense of ownership and security. They can buy property, own business and feel at home while doing business. Saudi Arabia has already improved its image of investment destination, this step shall boost investment.

The international investors were having an eye on the Saudi economy: it has grown and transformed over time. The investors want to export agricultural products from Saudi Arabia while using innovation and technology.