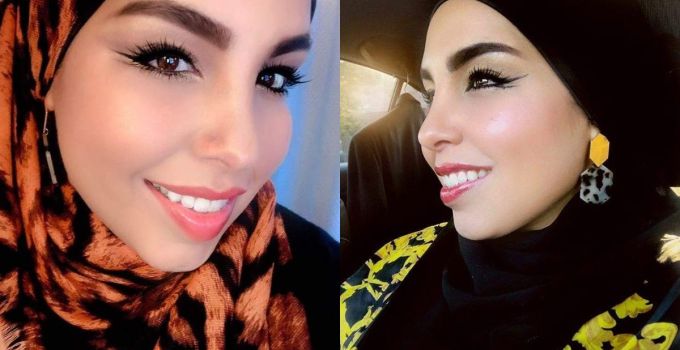 Allah guides whom He wills, He is Supreme and has chosen Islam for us. Allah has promised Muslim Jannah if they stick themselves to the religion of Allah. Islam is not only for Muslims rather it is for every human being breathing on this earth.

When the divine guidance reaches the heart of a Non-Muslim, it leaves a lasting impact on it and the person couldn’t hold for a long. We read many revert stories and find that many people reverted because their heart affirmed Islam as the true religion.

This is the story of a singer/rapper whose heart got illuminated with the light of Islam and she embraced it following which her parents also entered into the fold of Islam. This the story of Vanessa, a 30 years old Bolivian/American girl.

Vanessa was a Catholic Christian before reverting to Islam. As per her she has so much to tell about her story that she is going to write a book over it in future. She embraced Islam when she was 19 years old and was an upcoming Reggaeton Singer/rapper.

Since she was in the music business, doing party all day was nothing odd for her. At the same time back then she met her ex-boyfriend who was Muslim but he didn’t like her doing party all the day. Venessa decided to take pause from music industry during which she came to know a lot about herself and explored a different kind of peace and tranquillity deep in her heart. At first she thought this is happening because she has fallen in love but little did she know that she has fallen in love of Allah and Islam.

Vanessa born and grew up in a loving and caring family of Bolivian Catholic Christians where she got everything except the feeling of religion. She tried hard to follow Christianity but its beliefs didn’t attract her thoughts at all but there was one idea which gave her hope that she is absolutely free to choose her God.

Allah fulfilled her wish on a Valentine’s day when her Muslim boyfriend gifted her an Islamic lecture of Nouman Ali Khan. “First time in my life I heard something that spoke truth to me.” Vanessa said. It was surprising moment for her both of them as they used to listen to music and it is the first time both of them heard Islamic lecture. She always admired her boyfriend & his religion; how he would stop and pray when the Adhan came on no matter where they were.

Her interest grew in Qur’an & Islam following a small incident happened to them. His dad spotted them in a mall, it wasn’t like he was against dating but yet there was a thing. Her boyfriend told his father about Vanessa and how much interested she is in Islam and how he is teaching her Islam. After this both of his parents started teaching her Islam, answering every of her questions. They became her religious teacher and tried their best to clarify all of her doubts.

They invited her for many Ramadan dinners and talked much about Islam. As soon as she started felling in love with Islam, the lust between her and her boyfriend faded. She read the stories of great ladies of Islam and when she came to know its Allah’s command to wear Hijab she started doing it too.

She said her Shahada after that and became Muslim. She loved the discipline Islam provided her and also loved the connection she felt with Allah. She learned how to pray, the verses of Qur’an used in prayer. She read entire Qur’an and learned all the rites of Islam. She didn’t take off her Hijab since then and says she would never remove it.

The real problem has to appear now. When her parents came to know they were very angry and were about to kick her out of the home but love of their daughter hold them back. They consulted their priest where the priest beautifully replied them that at the time when immorality is very high your daughter has turned towards purity.

Don’t force her for anything and Islam is the closest religion to Christianity and most of the doctrines are similar in them. Her parents acted accordingly but they weren’t convinced. At dinner every night a heated debate would begin the night but Venessa managed to describe the real face of Islam to them.

Gradually, they also became convinced that Islam is the only and true religion of Allah and they too reverted to Islam. She became very much happy after that. When she came to know about Islamic nasheeds, she started doing it as she was a reggaeton singer/rapper.

She met her husband at a open mic and both of them married soon now they are planning to do Islamic music very soon.