Sign in
Welcome! Log into your account
Forgot your password? Get help
Password recovery
Recover your password
A password will be e-mailed to you.
Life Of Arabs A complete guide for those who are living in Middle East or planning to come soon.
Advertisement
Home Saudi Arabia General Information ZamZam Water Cured the Liver Tumor of a Bosnian Muslim Man, Read... 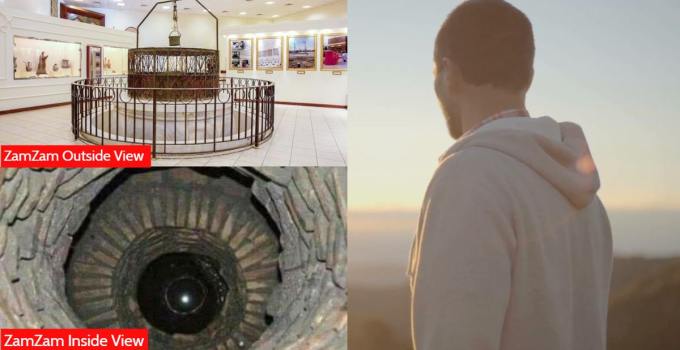 ZamZam water is the purest form of water available on this earth. Almost everything about this well is miraculous, it is from the waters of Paradise. Muslims believe it as sacred water and it contains healing properties. Scientific researches have also proved its efficiency and superiority over other waters.

This is the true story of a Bosnian man whose tumor was cured by the ZamZam water. But before we begin, it is necessary for our readers to understand that here the term ‘cure’ doesn’t mean that the water removed his tumor, it was Allah who did it. But since Allah is creator of the well and blessed the water with beneficial properties and superior quality, we are using the term cure.

Nihad J. from Sarajevo, Bosnia and Herzegovina had been diagnosed with a severe liver tumor. Doctors had lost all the hopes of his recovery and told him to remember Allah as his last days are approaching very fast.

But he had an option left with him which was quite difficult at that moment. The doctors asked him to transplant his liver within a certain time limit but it was quite problematic for Nihad as he was unable to find a donor on such a short notice as well as his time was draining so fast.

He decided to attach himself with Allah and perform all the due rituals of the faith. After losing all of his hopes he prepared to go for the Hajj and left for the holy city of Makkah. But little did he know that he was going to get a new life very soon at the blessed city.

He met an Imam at Makkah who was also from Bosnia and Herzegovina but from another city named Visoko, few miles away from Sarajevo. The Imam noticed something odd from his behavior and asked him the matter. Nihad opened and told the Imam his whole story and how he is counting his last days.

The Imam surprisingly told him that he is at a very right place and told him about the multiple health benefits of the water of ZamZam. He convinced Nihad to drink ZamZam water and assured him that he will surely see the benefits.

Imam asked Nihad to drink ZamZam with the intention of getting healed from the deadly disease. For 6 days and nights Nihad drank only ZamZam; no food, no ordinary water but just ZamZam. After which he returned back to Bosnia where he went for a checkup to know how much time he has left to die. When the doctors diagnosed him, they were shocked, there was no tumor in his liver and he was completely fine. The doctors also admitted it as the blessing of Allah and discharged him.

Now, it has been more than 17 years since this happened and Nihad is still alive living off a happy life with his family in Bosnia. True, it was the blessings of Allah which cured him, ZamZam was a source of the blessings.

May Allah protect us and also bless us from every shortcoming. Aameen.