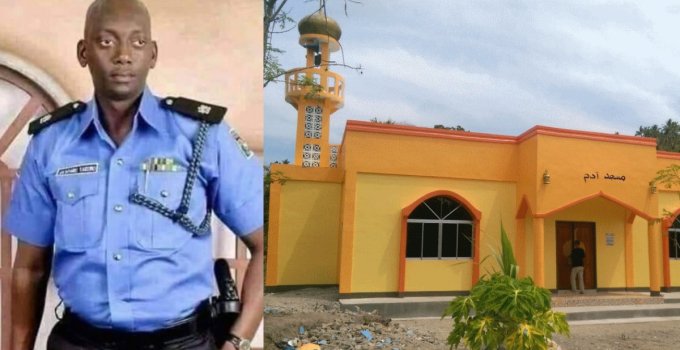 
Countless ordinary Nigerians attempting to make precarious ends meet as taxi drivers, market traders, and shopkeepers are accosted on a daily basis by armed police officers who demand bribes and commit human rights abuses against them as a means of extorting money. Those who fail to pay are frequently threatened with arrest and physical harm. Far too often these threats are carried out.

Meanwhile, victims of crime are obliged to pay the police from the moment they enter a police station to file a complaint until the day their case is brought before a court. In the shadows, high-level police officials embezzle staggering sums of public funds meant to cover basic police operations. Senior police officers also enforce a perverse system of “returns” in which rank-and-file officers are compelled to pay up the chain of command a share of the money they extort from the public.

Those charged with police oversight, discipline, and reform have for years failed to take effective action, thereby reinforcing impunity for police officers of all ranks who regularly perpetrate crimes against the citizens they are mandated to protect.The Nigeria Police Force, established in 1930, has a long history of engaging in unprofessional, corrupt, and criminal conduct.

Among Bad Eggs, there are still good ones. The policeman had promised to spend his wealth to build Islam and Muslims by God’s grace, so he started by building a mosque, then a place of ablution.

He said, “I will spend all my wealth to build Islam & Muslims In shaa Allah.” So he started with building Masjid & a place of ablution.This man is the live example of Oasis. He is one man army. Contrary to opinions that Nigerian Police Officers are bad, this is a sign that there are still good Nigerian Police officers. This man deserves some accolades for his kind gesture. Nigeria police department is one of the notorious department in the world. But this man give us the hope that there is always some difference.

Everybody in the world dreams of building a house, buying a luxurious car and living a peaceful life. But there are few people who wants to earn high rewards from the God. They spent money for these activities from their salaries to build Masjids, feed poor and for seeking God’s mercy. His act of kindness and generosity will going to generate rewards even after his death. This is one of the deeds which will benefits a soul even after his departure from this world.

Abu Qatadah, rahimahullah, reported that Allah’s Messenger, sallallahu ‘alayhi wa sallam, said, “Among the good deeds that continue to benefit a believer after death are: a knowledge that he taught and disseminated, a righteous child who lived after him, a Qur’an book that he left as inheritance a masjid that he built, a house that he built for the two wayfarers, a stream that he ran, or a charity that he gave from his wealth during his healthy lifetime so that it would reach him (in rewards) after death. (“Ibn Majah and others. Verified hasan by Al-Mundhiri and Al-Albani)

Although, this is very unfortunate that over the years, this unwieldy force Africa’s largest has proved difficult to effectively manage and control and has become largely unaccountable to the citizens it is meant to serve. But many Nigerian police officers conduct themselves in an exemplary manner, working in difficult and often dangerous conditions. Some 250 policemen and women were shot and killed in the line of duty in 2009.

May Allah give this police Officer highest reward in the whole world. We ask our readers to get involved in the charity work and donate money in the construction of Mosques.