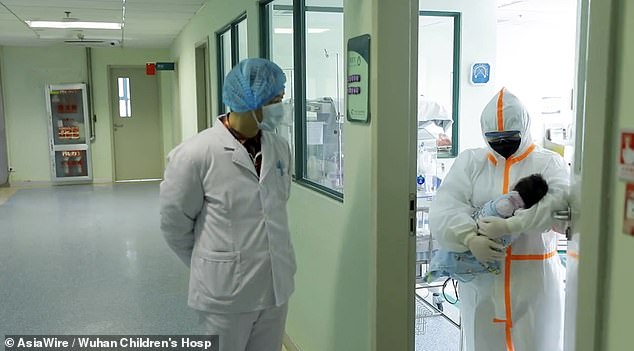 Novel Coronavirus or COVID-19 has now killed more than 2,000 persons and even resulted in over 80,000 confirmed victims around the world. This number is sadly continuously increasing over time. In China, however, a little sign of hope was reported when a 17-day old baby– first diagnosed with Coronavirus — is now happily healed from the disease, without needing any medication from the hospital.

Reported via Daily Mail UK, on Feb. 5, a 17-day old Chinese baby girl named Xiao Xiao was born with an infection in her respiratory system and minor myocardial damage in Wuhan– the capital city of the outbreak. The doctors from the Wuhan Children’s Hospital, then, confirmed that the baby was diagnosed with confirmed Coronavirus on her body.

The newborn is the youngest patient to have recovered from the virus in China so far, reported state media.

She left the hospital on Friday after making a full recovery on her own without the help of medication.

The baby was transferred to Wuhan Children’s Hospital on the same day she was born, according to People’s Daily. She was found to have the virus shortly after.

The girl, known as Xiao Xiao, had an infection in her respiratory system and minor myocardial damage, said Dr Zeng Lingkong, director of the Department of Neonatology at the hospital.

Xiao Xiao had tested negative for coronavirus and has grown “bigger and fatter”, Dr Zeng says.

Earlier this month a baby was confirmed to have coronavirus just 30 hours after being born, according to BBC News.

Experts believe in that case the baby – born on February 2 in Wuhan – may have contracted the virus in its mother’s womb, though it is also possible it caught the illness from having close contact with its mother after birth.