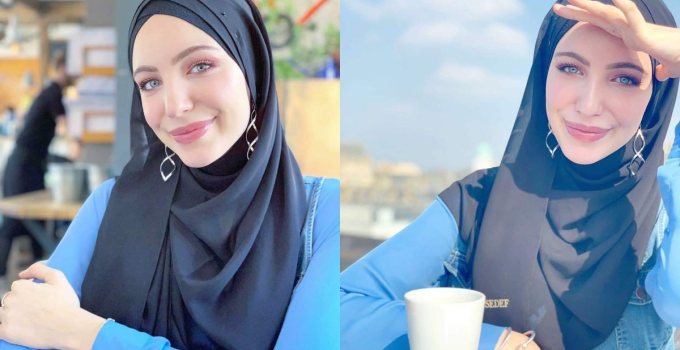 
Islam is the fastest growing religion in this world, there are many factors behind it but the most important one is Non-Muslims reverting to Islam. The new reverts are the reason why Islam is having stronger voices in western countries. Allah guides them to salvation and they enters into the fold of Islam and that’s how they become a part of our Ummah.

Here we are back once again with a new revert story of a girl who found Islam in a unique way. Although Islam was always there around her but she knew it only after her research.

Charlotte is a 25 years old girl from Belgium. She reverted to Islam after denouncing Catholicism i.e., Christianity. She grew up in 6 countries and saw Muslims of different background living around her.

Charlotte had many Muslim friends and they were all very nice and caring to her. She was also very close to them but they never identified themselves as Muslims.

They were Muslims but it was not their identity, they identified themselves as Belgian or humans. Charlotte quite often noticed it but she never took it as a concern and was living her life with friends. Since her friends had never discussed their religion with her, whatever she learnt about Islam; she learnt it through media which is still busy in portraying Islam in a grey shade.

She didn’t bother thinking about Islam and its message till Islamophobia became a real headache for Muslims and soft-liners. Little did she know that this thing is going to have a huge impact on her life.

This Islamophobia thing gave her curiosity to know about the religion of her friends, to know exactly what is Islam and why it is being portrayed in negative light. She wanted to defend her friends and just because they are friendly they can’t be defended.

Since her friends were not so religious and she didn’t want to ask them, self-research was the only option left to her. She got a Qur’an and started reading page here and there. She didn’t anticipate that it will have a profound effect on her life and would be an entirely different experience for her. She started reading Qur’an alongwith Islamic history which she describes as the most eye opening, heart changing experience she ever had before.

“I felt overwhelmed about all that I had learned, how beautiful Islam is, how much hope it gave and always given positivity”, said Charlotte. After reading much about Islam her immediate instinct was “Wow, I need to be Muslim. I want to be Muslim” and she reverted to Islam.

She was suffering from several personal problems before reverting to Islam and after embracing Islam most of her problems are solved. “Islam still helps her stay resilient when she feels a relapse is coming on. I have become stronger and calm.”