Sign in
Welcome! Log into your account
Forgot your password? Get help
Password recovery
Recover your password
A password will be e-mailed to you.
Life Of Arabs A complete guide for those who are living in Middle East or planning to come soon.
Advertisement
Home Torture Cases Qatar US police probe attack on girlfriend of nurse who filed lawsuit against... 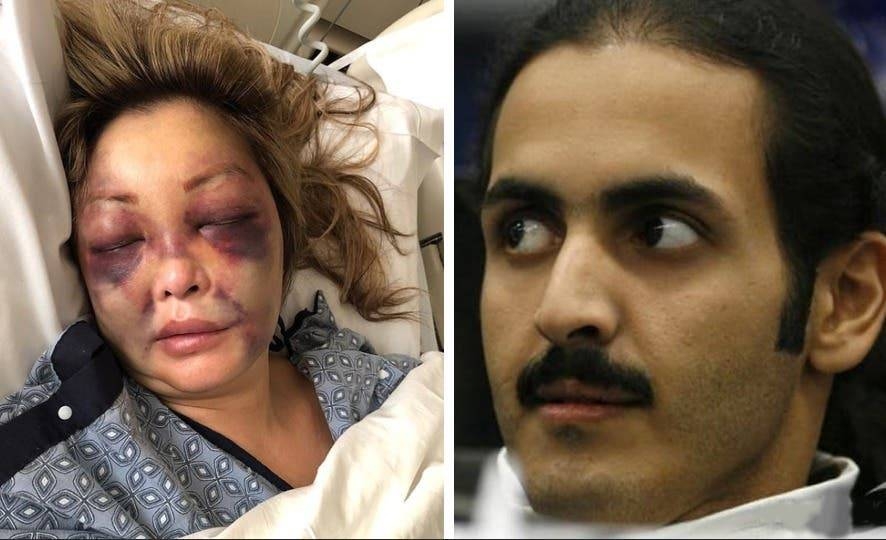 
LONDON — A US paramedic, who is suing Sheikh Khalid Bin Hamad bin Khalifa Al Thani, the brother of the Emir of Qatar, claiming he was held hostage and forced to revive the sheikh with Narcan after wild partying, has revealed gruesome details of a mystery attack on his girlfriend at their Los Angeles home, the British newspaper Daily Mail reported on Saturday.

According to the report, Matthew Allende, who worked as a personal nurse of Qatar ruler’s billionaire brother, said that his girlfriend was raped and left for dead in the savage attack.

Allende said that he came home to find his 42-year-old girlfriend Abby Han beaten savagely in their bedroom and the walls covered in blood.

Han was rushed to the intensive care unit of Huntington Hospital in a coma. Doctors who called her mother in New Jersey told her they were unsure if she would make it through the night.

Han spent two days in a coma and was discharged from hospital two weeks later and is now recovering at home with symptoms of brain damage from multiple massive blows to her head.

Bruises between her legs and DNA recovered by a rape kit suggest the attacker may have raped her, though Han cannot remember anything from the day of the incident.

Allende fears the attack is linked to his $34 million lawsuit against the brother of the Emir of Qatar, Daily Mail claimed.

Allende and Matthew Pittard, a US military veteran also worked as a bodyguard of the Qatari royal, have filed a lawsuit against their former boss.

In their suit, they claim they were subjected to death threats, asked to kill two people, regularly forced to work shifts of ’20 to 36 hours straight’ with no days off, and imprisoned in the prince’s palace for two months after trying to escape.

The 38-year-old paramedic and his girlfriend live in an upscale, gated apartment complex in the center of Pasadena which requires key cards or codes for entry, where police told the couple a crime as severe as that is very rare.

Commenting on the case, US police said that they are looking into Allende’s fears.

Pasadena Police Lieutenant Jesse Carillo has ruled out robbery as a motive, as not a single item was stolen from the apartment, including more than $10,000 of jewelry left out by the couple’s bed, and a Louis Vitton handbag and purse with large bills visible on a table by the front door.

Allende says the vicious attack has left him and his girlfriend in a constant state of fear.

‘Every time I leave for work I have to worry about my girlfriend being home by herself here even though we have a security system because I do not believe this is going to be the last attack, I think this is just the first,’ he told.