Sign in
Welcome! Log into your account
Forgot your password? Get help
Password recovery
Recover your password
A password will be e-mailed to you.
Life Of Arabs A complete guide for those who are living in Middle East or planning to come soon.
Advertisement
Home Saudi Arabia General Information Turning a new leaf: Saudi Arabia’s Jazan region ditches qat crops for... 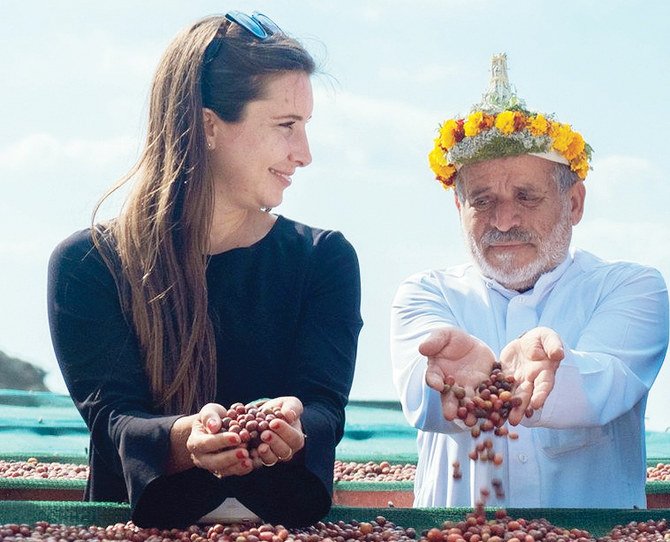 
JAZAN: Efforts to draw the younger generation in the Kingdom’s Jazan region away from the harmful and addictive substance qat are succeeding, with even the crop being replaced by coffee trees to support the booming coffee business.
Qat, a plant that is native to the Horn of Africa and the Arabian Peninsula, is a stimulant that triggers excitement and alertness. But it can also cause anxiety, insomnia and aggravate pre-existing mental health conditions.
It grew in the Jazan region along with coffee trees. But the strength of the coffee industry, combined with an increased awareness about the harmful nature of qat, has led to its gradual disappearance.
The governor of Al-Dayer, Nayef bin Lebdah, said the people of Jazan were proud of the Khawlani coffee bean. He also said that coffee beans were much more economically beneficial than qat.
“All newly planted qat trees have been completely uprooted,” he told Arab News. “All the people have found that planting coffee beans is much more feasible and rewarding than qat. Attempts to smuggle qat have also dropped thanks to the security efforts along the border with Yemen. Add to that, young people themselves have concluded that their future will be in coffee beans.”
Teacher Yahiya Shareef Al-Maliki viewed qat as an “intruder’’ and said the coffee tree was the region’s indigenous product.
“In 1970, there were only four people who used to chew qat in the entire governorate,” he told Arab News. “It then started to become common among the people here in 1995 due to opening the borders that caused importing qat from abroad.”

• In 2014, people reconsidered coffee as an alternative crop and young people started to grow coffee beans with the help of unlimited support from the governorate.

• Some 50,000 seedlings were distributed and farmers began to restore the profession of their fathers.

• The governorate replanted more than 10,000 genuine Khawlani coffee seedlings and gave them to the farmers.

The increase in qat cultivation affected the planting of coffee beans, he added, but in 2014 people reconsidered coffee as an alternative crop and young people started to grow coffee beans with the help of unlimited support from the governorate. “Some 50,000 seedlings were distributed and farmers began to restore the profession of their fathers.”

People in Jazan used to waste their time and money on qat, he said. They would gather and chew qat for many hours, he added, hours that could have been spent working. But the growth of the educational landscape in the region, in addition to the success of the coffee industry, was a factor in combating qat abuse, as young people were able to access more opportunities and improve their prospects.
The Khawlani coffee bean is being offered to UNESCO for inclusion on a heritage list.
“The preparation of the file related to the skills and knowledge pertaining to the cultivation of Khawlani coffee in the Jazan region has been completed before presenting it to UNESCO,” the Kingdom’s Culture Minister Prince Badr bin Abdullah said. If listed, he added, it would be the Kingdom’s fourth intangible cultural heritage and eighth among the total heritage items included in the UNESCO heritage list.
Saudi columnist Hamood Abu Talib said the Jazan region was the only place the beans were grown. “This festival (Coffee Beans Festival), which is being held in collaboration with the governorate (of Jazan), the farmers themselves and Aramco, is an important national economic investment,” he told Arab News.
“Many countries’ economies, such as Brazil and Ethiopia depend mainly on this product — coffee. It needs professional marketing through the media to attract visitors from inside and outside the Kingdom. This is an essential strategic transformation.
“We know that the Faifa Mountains Development and Reconstruction Authority’s strategic goal was to uproot the harmful trees of qat and replace them with profitable crops that are beneficial to the farmers as well as the whole region. These were also intruding, invasive trees. We replanted more than 10,000 genuine Khawlani coffee seedlings and gave them to the farmers.”