Sign in
Welcome! Log into your account
Forgot your password? Get help
Password recovery
Recover your password
A password will be e-mailed to you.
Life Of Arabs A complete guide for those who are living in Middle East or planning to come soon.
Advertisement
Home Saudi Arabia Accident & Traffic Violations 3 Security men hurt in shootout with citizen (Madinah Region) 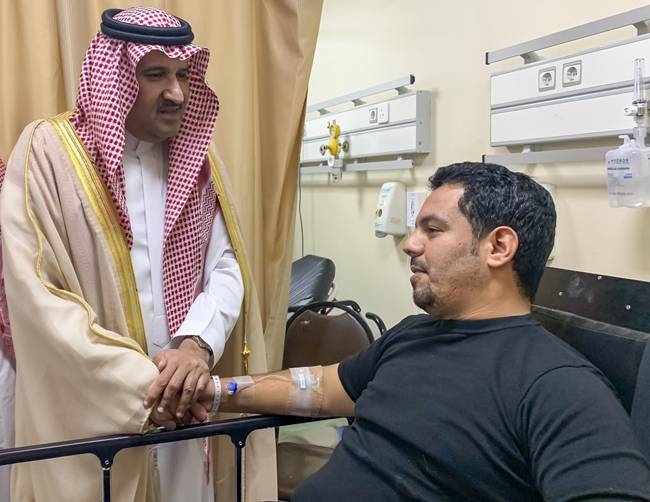 MADINAH — Three security men were injured in a shootout with a Saudi gunman, in his forties, on Friday, Saudi Press Agency (SPA) quoted Madinah Region Police spokesman as stating Friday.

The shooutout ensued following a chase, which the man outran to escape to his residence and barricade himself before firing at the security men.

Earlier, the security patrols in the region received a report at noon of a man firing at a Toyota “Innova” van, with a bullet going through the rear windshield.

The gunman then ran over the motorist, who had got down from his vehicle to confront the gunman. The suspect the fled the scene.

The security patrols pursued the suspected shooter, who barricaded himself in his residence in Taibah District and started. After a brief standoff, the security personnel stormed the house and arrested him.

Three security men were injured. They were rushed to the hospital.

The pertinent authorities are investigating the shooter to determine his motives and take the necessary measures against him.