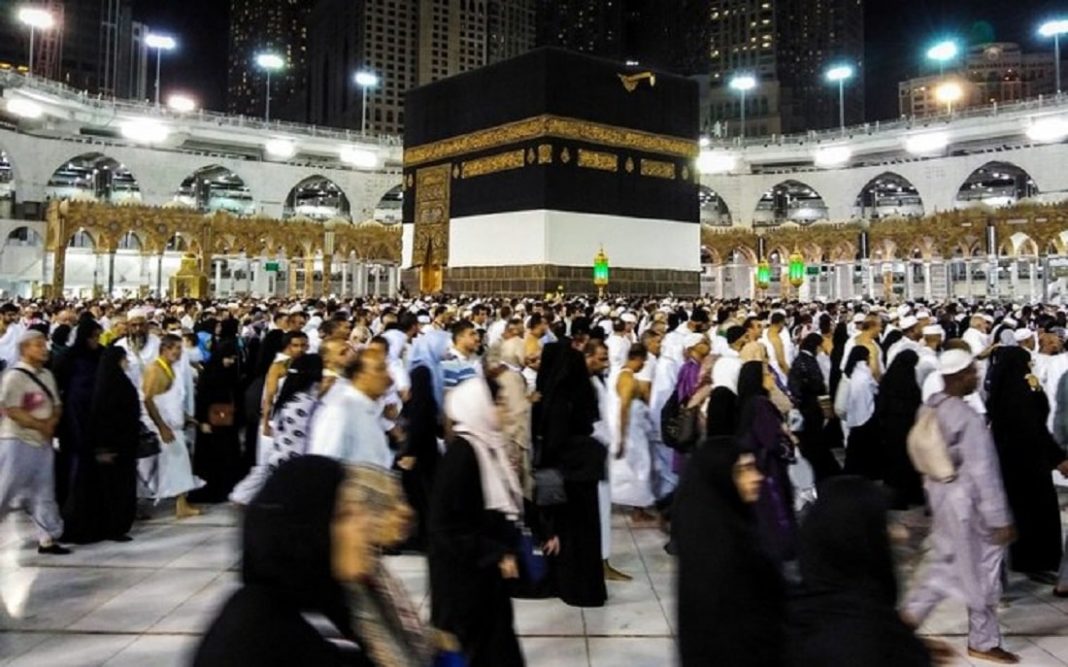 JEDDAH: Women could be allowed to perform the Hajj without a male guardian, Arab News has learned, with the government studying various visa options. Women are currently required to travel to Saudi Arabia to perform pilgrimages with a mahram (male guardian), or be met by him on arrival in the Kingdom, although women over the age of 45 may travel without a mahram if they are in an organized tour group.
If women travel with a group and without a mahram they must submit a notarised letter of no objection from someone who could be considered their mahram, authorizing travel for Hajj or Umrah with that group.
But Arab News has learned that the Ministry of Hajj and Umrah is conducting studies to issue visit visas for both tourism and Umrah purposes, and that this process is expected to pave the way for allowing women to come without the need for a mahram.
It is one of a number of developments in the Hajj and Umrah sector, with Arab News also learning that the ministry was urged to intervene in the sector to save businesses.
Umrah firms have raised their concerns about the impact of regulations, saying they are losing out and warning around 200 companies will be leaving the market if authorities do not step in.
Marwan Abbas Shaban, head of the National Committee for Hajj and Umrah, said each Umrah company was obliged to have two branches, employ 20 staff and spend at least SR1 million ($266,666) annually even if it did not receive a single pilgrim. The majority of companies operating in this sector were small and could not bear such costs, he added.

What is Saudi Government Planning?

According to Arab News and as reported in Makkah daily on Monday the Ministry of Hajj and Umrah is planning to cancel the pre-requisite of a Muslim Mahram or a male guardian for the woman of all age groups to be granted the Umrah or Hajj visa.

Why are they Planning on Cancellation?

As a part of Saudi Vision 2030, the Government has been discussing the various visa opportunities for people all around the world. As a part of visit visas for tourism and Umrah, they have thought of canceling the condition of the Mahram to allow all the women around the globe to visit the kingdom with ease.

What was the Condition of Mehram?

Previously, the women were allowed to perform pilgrimage only if they are assisted with a Mahram or Male guardian or if he receives her as soon as she lands in the kingdom. However, there was no obligation of Mahram for the women having age above 45-years, if they are coming along with a tourist group.

In this case, they had to submit a Notarized letter of No Objection from someone who could be considered their Mahram and authorizing them to travel for Hajj or Umrah along with that group.

What does Islam speak about the Obligation of Mahram?

The different scholars from different schools of thoughts have different opinions. They have interpreted the Hadith and the saying of Prophet Muhammad (PBUH) in different aspects. Some say there’s no obligation for women to travel alone while others believe a woman can’t travel without a mahram.

In the support of Obligation for Mahram

“A woman is not to travel except with a Mahram, and a man is not to enter upon her except if she has a Mahram.” (Sahih Al-Bukhari)

“It is not permissible for a woman who believes in Allah and the Last Day to travel a distance of one day and one night without a Mahram with her.” (Abu Hurairah)

“A woman is not to travel a distance of two days without her husband or Mahram with her.”(Abu Sa’id)

“She is not to travel for three nights, except if she has a Mahram.” (Ibn’e Umar)

Against the obligation of Mahram

“Every woman can perform Hajj without a Mahram as long as she will be safe. This is directed towards every travel in obedience.” (Ibn Muflih in Al Faru`)

“A mahram is not a condition in the obligatory Hajj. Because she goes out with women, and with all those with whom she is safe.” (Imam Ahmad)

Ibn Sirin even said: “With a Muslim it is okay.”

Al-Awzai said: “With a just people.”

Malik said: “With a group of women.”

Shafi`i companions said: “By herself, if there is safety.”

Deputy Minister of Hajj and Umrah Abdulfattah Mashat said after the meeting that the updates included allowing all IATA membership categories — including travel agencies, WTO certificates, or a certificate of membership of the World Travel and Tourism Council — as a requirement for the eligibility of an external agent.
The ministry updates also include giving pilgrims greater flexibility on transport options, Mashat added, and can be accessed on a portal that allows Muslims around the world to apply for an Umrah package digitally.
The Maqam portal is an online platform, designed so that Muslims from around the world can apply for an Umrah package digitally.
Almost 1.1 million people used Maqam in its trial phase last year, allowing them to choose between over 30 companies providing travel, accommodation and other necessities for trips to Makkah and Madinah.

LifeOfArabs - April 16, 2021 0
Ministry of Interior, represented by Public Security - General Traffic Department, launched the electronic version of the driver’s license, through the Ministry...