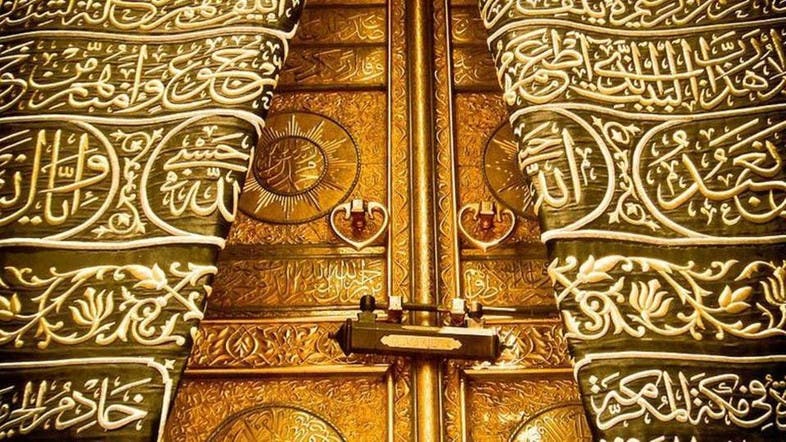 1-Ever since it had been created, up till today, it is hailed as one of the biggest mysteries in history. We are talking about the door of the Holy Kaaba. There is currently no documentation which could verify the original form or initial shape of the door, or even what the builders of the door looked like.

2-There is one fact that is indisputable in history and that is; the Holy Kaaba had two doors for a long period of time. Components from the older doors of the holy Kaaba have been kept in some museums as part of Islamic treasure. We have covered some details of the Oldest Door of the Holy Kaaba in another article.

The Al Shaiba clean the Holy Kaaba and the shrine of Prophet Ibrahim with rose water and do so with the Governor who initiates the cleaning process.

6-The door of the Holy Kaaba had been commissioned by the late King Khaled Bin Abdul Aziz. It is consisting of gold blocks which were manufactured in the Kingdom of Saudi Arabia. King Khaled’s name along with verses from the Quran has been engraved on the door.

7-The door of the Holy Kaaba is considered sacred for more than 1.5 billion people around the world. The rest of the world looks at the door with respect and appreciate the great beauty.

The Holy Kaaba is considered one of the most venerated places for the Muslim people. It is due to this that the cleaning and maintenance and restoration process of all components of the Holy Kaaba are done with such extreme care and caution. The Holy Kaaba is clad in the most exquisite silk and has also been fitted with a door made out of gold.

LifeOfArabs - April 8, 2021 0
Breaking News: Entry to the Prophet Mosque and its squares only for those who received the first dose of Corona Vaccine starting...