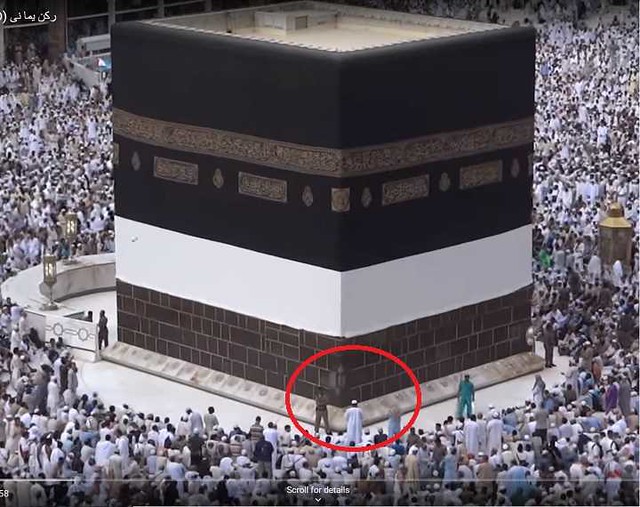 What is Rukn e Yamani?

Do you know why one of the corners of the Holy Kaaba, Rukn e Yamani is not covered with Kiswa? In this post, we have detailed the history of Rukn al Yamani and also reproduced the dua which is recited while walking between Yemeni corner to Hajr-e-Aswad.

The corner of the Holy Kaaba that points towards Yemen is called the Rukn al Yamani or Yemeni corner. Here are a few facts about it;

The Rukn-al-Yamani is located on the right side of the Hajar Al Aswad i.e. the black stone that is located in the eastern corner of the Holy Kaaba.

Due to the fact that Rukn al Yamani is currently standing on the very same foundation that the Prophet Ibrahim A.S. had built, a narration by Abdullah bin Abbas has stated that Prophet Muhammad S.A.W had made Istilaam on it.

The Istilaam of the Rukn is referred to as the touching of the corner, whether it is done by kissing or by hand.

Due to the fact that Prophet Muhammad S.A.W used to Istilaam by touching the Rukn al Yamani by hand, the practice is considered to be Sunnah. However, there is no harm if any pilgrim or worshipper is not able to reach and touch the Rukn al Yamani due to the massive crowds inside.

It had been the practice of Prophet Muhammad S.A.W that whenever He would pass between the points of the Rukn e Yamani and the Hajr-e-Aswad, he would recite the following dua

4-A special type of concrete, molten metal as well as long stainless-steel nails are used in preventing the lower portion of the Rukn al Yamani from disintegrating. This process has to be repeated in order to maintain the current state of the Rukan e Yamani.

The fact that Rukn e Yamani is not covered with the cover of the Holy Kaaba has a long history. This specific area of the Holy Kaaba considered being a living miracle due to the fact that over several centuries, several rulers have tried several times to seal and/or hide this rupture however they had no success.

6-The Ruk al Yamani of the holy Kaaba is also called the Yemeni Corner and Rukn-al-Janubi.