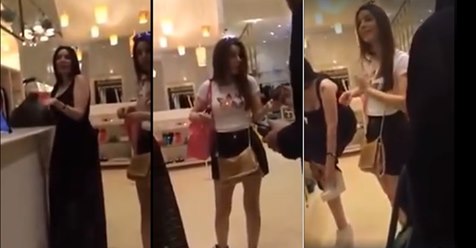 Dubai in the United Arab Emirates is considered the go-to holiday destination for people from all around the world; the city has seen great development based mostly on their tourism industry. Dubai is one of those countries which allowed more liberal dressing or western dressing for their foreign visitors.

The Dubai Municipality is now offering Abayas to those women who are not in line with the dress code in the Emirates during their visits to the city centers or Business centers.

As reported by Al Arabiya on Tuesday, this new move has come after several complaints had been made that women would often visit in scanty or revealing clothing.

According to the code of conduct in Dubai, which has been published on the council’s official website, an official or a business casual dress code has to be adopted by all visitors that come to the government buildings and the office towers and buildings in Dubai.

The new announcement has followed extremely closely by the footage which has gone viral over the last 24 hours, which shows the Egyptian Actress Abeer Sabry being scolded and told off by a local UAE woman, according to the report of the paper.

It is stated that the local UAE woman thought that the Egyptian actress was not following and disrespecting the dress code of her country.

In the video the local UAE woman can be heard saying that this is her country and she can say anything that she wants to say, she added that the Egyptian actress should wear respectful clothes.

It was also added that those women who have not dressed appropriately to the code of conduct, may not be allowed to enter the building at all.

What is the dress code?

Any piece of clothing that exposes any part of your body which should be covered is transparent or contains any obscene or offensive slogans and pictures are not allowed to be worn in public.