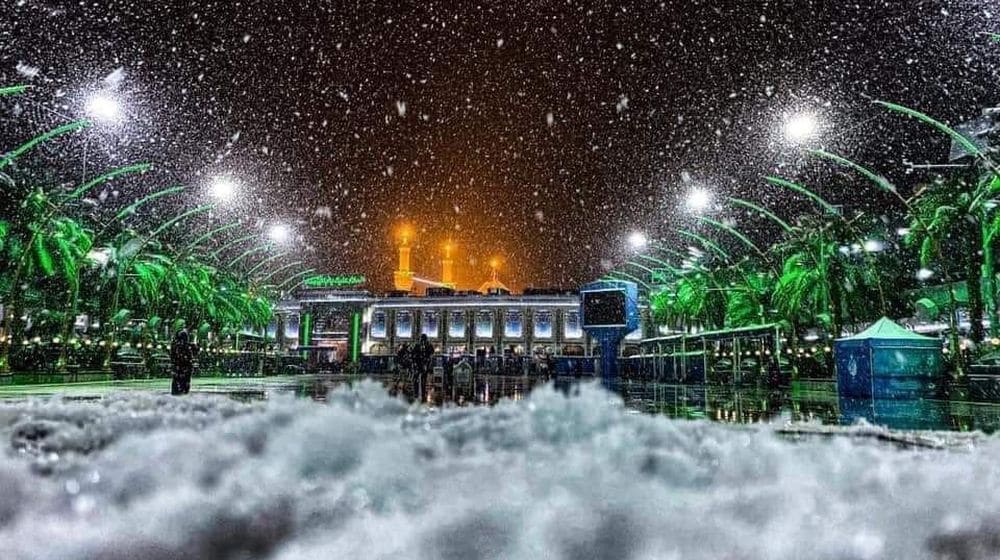 
Baghdad witnessed only its second snowfall in a century on Tuesday as the locals woke up to delightful scenes. The old and young alike were jubilant as most of them experienced live snowfall for the first time in their lives.

The previous instance was in 2008, however, it didn’t last long.

While snow looks good anywhere on the planet, there’s a special chemistry when it happens at religious places. Imagine Makkah covered in snow. Wouldn’t it be amazing if you were there and it snowed? Yes, it sure will be!

Karbala holds a special place in the hearts of Muslims from all around the globe and when the skies opened, the iconic battleground presented mesmerizing views.

The pictures of snow engulfing Karbala are making rounds on social media and it sure must have been a sight to behold. Let’s have a look at some of the pictures:

Here are some videos:

What are your thoughts on the story? Let us know in the comments.