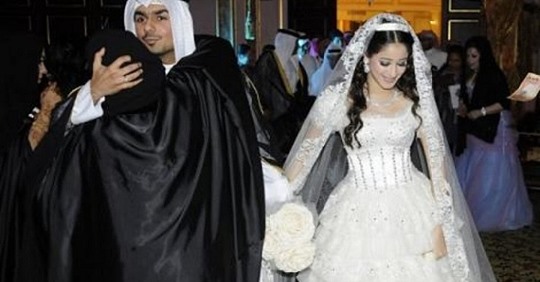 Marriage is one of the most crucial and important parts of one person’s life. It is the beginning of a phase of life in which you have a partner who you should love and cherish until death or the time you set apart. Today, we are going to talk about the shortest marriage in history.

News reports are emerging from Jeddah, Saudi Arabia where a groom has divorced his wife after a while of getting married. Perhaps, this is the world’s shortest marriage time.

It has been reported that only after 1 hour of Nikah, the groom decided he wanted a divorce from his bride. Yes, you read it correctly, only 1 whole hour after their marriage.

Once he had confirmed the divorce verbally, for those may not know, it is repeating divorce three times, the groom then asked the authority who had come to make their Nikah official, to annul it, right before he left the ceremony.

The groom reportedly took this drastic action just minutes after his marriage had been officiated, due to the insistence of his mother who had requested him to get a divorce and end the relationship. The news story was reported by Sabq news.

Why did he divorce right after the marriage?

The bride and groom first met when they both had been studying abroad, and after some time decided to get married.

However, once the wedding was done, the mother and sisters of the groom interfered and stated their disapproval of his wedding to that girl. They took this decision after meeting her.

The couple was incompatible in the eyes of mother and Sisters

The mother and sisters of the groom claimed that they had objected to the marriage since the girl and bride to their son/brother had come from a different background than which they were from.

They added that the difference in background meant that the boy and girl would be incompatible with the culture of Saudi Arabia. No news has surfaced yet as to where the bride was from.

I don’t understand two things about this wedding. Firstly, did the mother or the sisters of the groom never meet the bride any time prior to the official wedding ceremony.

If no, then that is a big problem and this should have been dealt with prior to the marriage.

Secondly, if the groom had permission for the marriage, on what grounds was it given? Lastly, I just want to say, that the family should let the young ones decide as they are the ones who have to lead this life, and this time in history.

ABOUT US
Life Of Arabs is an English language website created to help the expatriate community in Middle East with day to day guides, procedures, and tips to follow about climate, living, working, driving and social issues. In short, we have all the information which an expatriate need or might need while living in Middle East.
Contact us: info@lifeofarabs.com
FOLLOW US
© Copyright - LifeOfArabs
MORE STORIES
Saudi Arabia

How to Check Saudi Iqama/Muqeem Validity Date Through SMS? – Saudi...