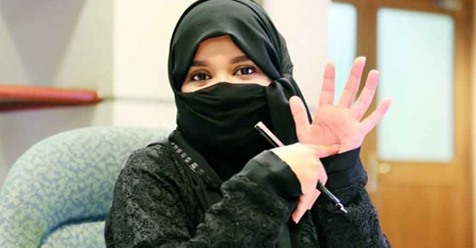 A few days ago, a Saudi employee was found guilty of trying to get a kiss to his female co-worker. This female employee told that she was sexually harassed by her colleague multiple times and now he has been asking for a kiss.

The female employee did not stand back and went to lodge a legal complaint against her sexual abuser. The legal complaint said that her co-worker has multiple times harassed her, attempted to be physical with her, asked for personal photographs and a kiss. He would threaten her that if she would not do so, he might as well cut off her salary.

He admitted asking for a kiss

Upon the legal trail, the man said that he did not do any of such things and all such are false allegations upon him. He, however, admitted that he had asked for a kiss, but it was just a joke.

The trail has ended in Jeddah court, it has been disclosed that the man is a Saudi national. The court has imposed a fine of SR 4,000 on the man over the sexist joke.

He is a Hafiz Quran as well

The man, whose name and age are kept private, told that he is a Quran Hafiz (the one who has memorized Quran by heart) and is well known for his good behavior. He has not been detained as his heart stores the Quran and there was no proof of allegations.

To make a work environment and social environment secure for all women in Saudi Arabia, the country is implementing the anti-harassment laws.

According to the law, the one who tends to harass women shall be served with a jail term of up to five years and a fine of up to 300,000 riyals. Social media activists are raising voice against giving relaxation to the culprit on the basis that he is a Hafiz Quran.

Starting Tomorrow, Saudi Arabia lifts the suspension of Travel From and To the Kingdom

LifeOfArabs - May 16, 2021 0
The Zakat, Tax and Customs Authority in Saudi Arabia has called on all travelers coming to the Kingdom of Saudi Arabia to...

Interior: Violation of isolation or quarantine instructions amounting to 200,000 riyals...

Saudi Airlines: No empty seats will be left among the passengers...