Sign in
Welcome! Log into your account
Forgot your password? Get help
Password recovery
Recover your password
A password will be e-mailed to you.
Life Of Arabs A complete guide for those who are living in Middle East or planning to come soon.
Advertisement
Home Saudi Arabia General Information One wife is more than enough for all your needs – Saudi... 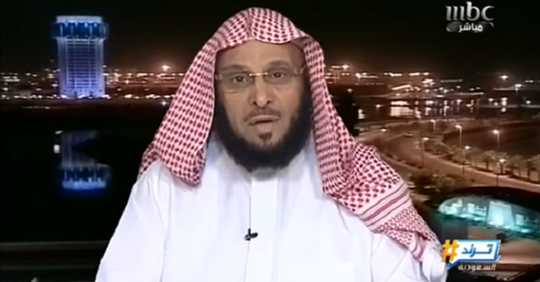 Polygamy has somewhat become common and Dr. Aa’ed Al-Qarni, a prominent Saudi Muslim preacher has given his thoughts on this. The topic has had a prolonged disagreement with many aspects and the views of Dr. Aa’ed Al-Qarni stirred up mixed reactions among the public.

One wife is more than enough

Al-Qarni said that one wife is more than enough while talking on Trend KSA, an MBC talk show. Now, these words came as a shock to the people as they came out of Al-Qarni’s mouth as he himself has more than one wife. The views of Al-Qarni, therefore, became a little confusing for some people.

Al-Qarni further stressed the matter that although Islam allows men to marry up to four women at one time it comes with conditions to be fulfilled and these conditions are mostly not given any regard.

Disregarding this matter does not fulfill the rights of the women nor does it honor them. He said that men should learn to remain content with only one wife. The topic of Polygamy has been talked upon frequently in the Muslim world but there are many misconceptions that need to be cleared.

It is to be made clear that Islam did not allow Polygamy for the sake of some entertainment, rather polygamy was in the first place allowed for the sake of widows and orphans who were facing a difficult time in their lives.

Polygamy was not allowed for entertainment

Polygamy was to help those people in dire need, as our religion Islam teaches us in every step of our life. If you can afford to keep the widow and the orphans only, then you should engage her as your wife because it must not be forgotten that the first rule was to treat all the women equally!

The Quranic verse related to polygamy is believed to be revealed to the Prophet (PBUH) after the battle of Uhud. In this battle many Muslim men lost their lives, leaving their women widowed and their families without any support.

It was then that the verse was revealed so that those who can afford to support more than one family can help the other ones out by marrying the widowed women. Now, this clearly was not for any kind of entertainment but was for the help of the people who needed help and support.

The Quran also states that marry more than one woman if you are sure that you can treat all of them fairly.  In Surah Nisa, Allah says that you have to make justice yet you won’t be able to do so.

This verse tells us that Polygamy is more of a responsibility than anything else. No doubt, Islam approves of Polygamy but the condition imposed upon the people are nearly always disregarded.

The responsibility is huge and you would be going against the rules of Islam if you were to not treat even one wife fairly.

The point of view Dr. Al-Qarni was that you should stay away from polygamy until it is not very important for you to do so. The social media reacted to the point of Al-Qarni and many supported his thoughts.