Sign in
Welcome! Log into your account
Forgot your password? Get help
Password recovery
Recover your password
A password will be e-mailed to you.
Life Of Arabs A complete guide for those who are living in Middle East or planning to come soon.
Advertisement
Home Saudi Arabia General Information He started missing his wife during flight, forced emergency landing 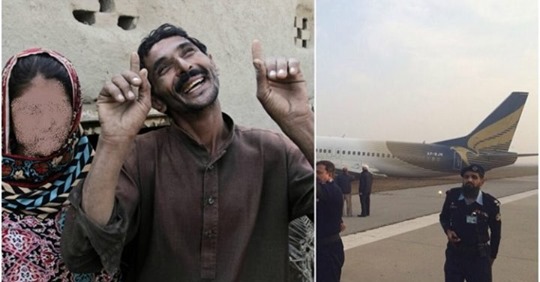 
Planes and other aircraft do practice emergency landing in case of technical problems such as engine failure or damage, hydraulics or landing gear are not responding correctly or any other case where there is a threat to the safety of the aircraft.

The plane may also land in case of medical problems such as staff or crew may get serious and need immediate medical help.

However, the airplane which took off from Lahore, Pakistan observed an emergency landing in the case where neither there was a technical problem nor any medical emergency. Rather it landed because a passenger was missing his wife.

Yes, a passenger could land the plane because he was missing his wife. It sounds like a romantic movie scene though! Planes do not observe a landing because one is missing his loved ones and the man knew it very well.

Irfan Hakim Ali who had been wed shortly was going to Saudi Arabia for a job. His wife could not accompany him and he had to go all by himself. After he sat in the Shaheen airline plane, he soon realized that he was missing his wife terribly.

But it was too late now; the plane had already taken off for Saudi Arabia. Irfan realized that he could not move on to Saudi Arabia without his wife. But he also knew that plane would not land for him.

Emotionally distressed, he stated a lie. He convinced the staff and crew of the Shaheen airline that his wife had died and he could not continue his journey. The pilot, therefore, announced an emergency landing and the plane landed.

Once it did, Irfan revealed that it wasn’t his wife’s death which caused the whole trouble. He was terribly missing his life companion and soon got the idea that it wasn’t viable for him to go away from her.

I do respect the emotions of Mr. Irfan: people do have affiliations with their loved ones. It is difficult to even imagine a single day without them. But forcing a plane to land?

This is something serious! People need to understand life is much more happening and realistic than movies. Such stunts look adorable and cute on screens. But off-screen, one has to be mature.

There must be people on the plane who had made commitments.  They must have to reach on time!  Why should others suffer because of your emotions?

People need to realize this. I do hope we don’t set a new trend of an emergency landing or a trend where planes won’t get landed even under a genuine emotional case.